Dark chocolate calories are good for our health when consumed in moderation.

In today's world, when everyone is attempting to live a healthy lifestyle and consume only fruits and vegetables, it is frequently forgotten that anything consumed in moderation is beneficial to our health.

And how about the dark variety? How many calories does it contain, and can we indulge in its delectable flavor? Read on to find out. 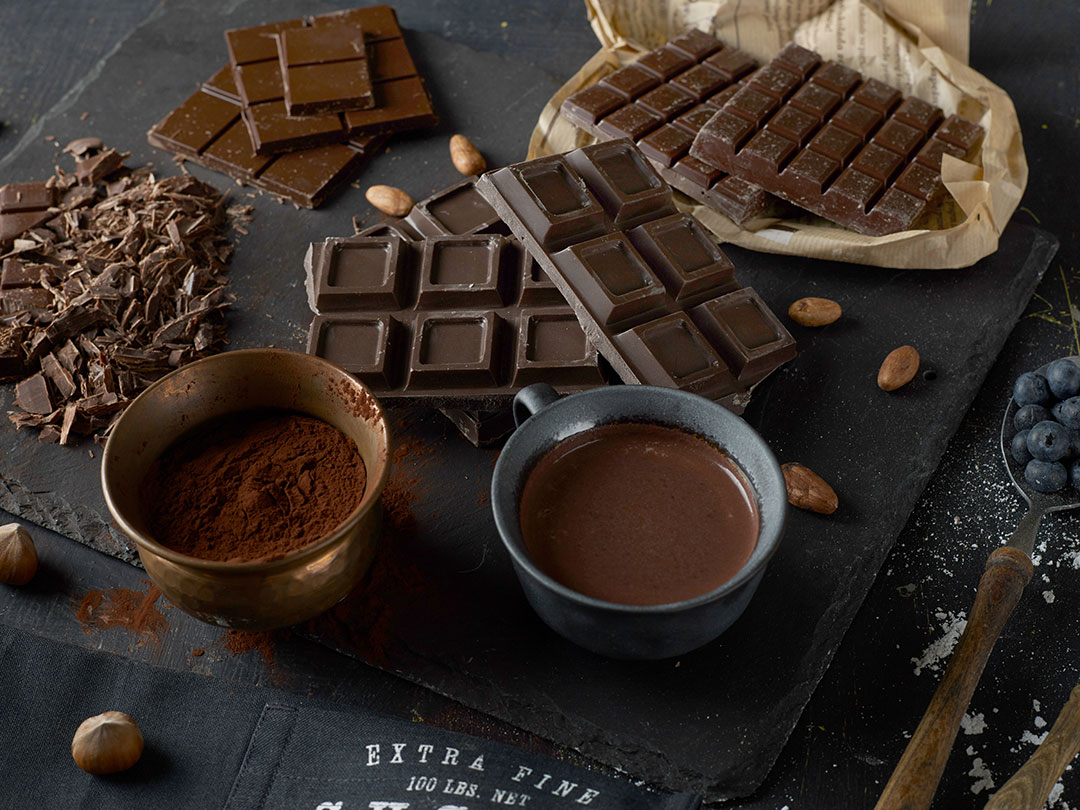 It is mineral-dense, containing iron, magnesium, and zinc. Additionally, it includes antioxidants known as flavonoids, which may have a number of health benefits.

It is made from cacao, a mineral- and antioxidant-rich plant.

While the dark one may taste somewhat bitter than the milky one, this is due to the increased cocoa content. That is why it is used in baked goods such as cakes and cookies.

To avoid feeling guilty after eating it, it's important to know that it helps lower blood pressure and also produces antioxidants that are beneficial to our overall health.

It creates endorphins and serotonin, which give us a sense of well-being and enjoyment. It neutralizes free radicals that contribute to cancer, stroke, and heart disease.

Additionally, individuals who suffer from anemia, kidney stones, or lack appetite should consume it.

As you can see from this list, it has a plethora of health benefits. However, this does not mean you can consume as much of it as you want.

When consumed in large quantities over an extended period, it can also be the primary cause of certain health problems.

How Many Calories in Dark Chocolate?

Now, we'll provide you with some critical information about chocolate calories, and you can use this list as a guide. 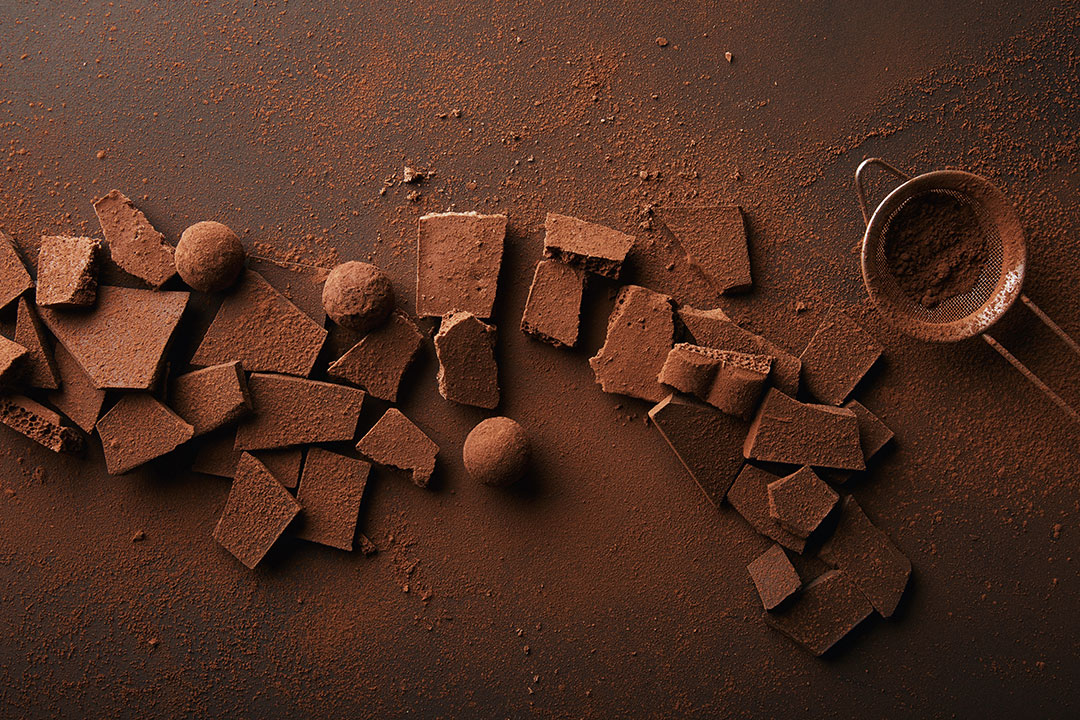 According to nutritional facts, a 101-gram bar with 70%–85% cocoa solids provides the following benefits:

These quantities vary slightly according to the number of cacao solids present. Except for sugar and carbohydrates, most numbers increase as the percentage of cocoa solids increases.

One ounce with cacao contents ranging from 45 to 59 percent has 155 calories and 14 grams of sugar. The calories contained are 70% to 85% of the cacao solids and increase to 170, but the sugar content reduces to 7 grams.

This list might be beneficial for those who love candy. They can lower their daily sugar intake enough that they can indulge in a candy bar.

You should consume dark varieties if you enjoy candy since they contain more than 60% cocoa, while milk candies have less.

If you like to eat simply black one, avoid adding creams, artificial sugar, and other needless ingredients that will dilute the amount of dark cocoa you enjoy.

You can also refrain from milk, which will allow you to consume more dark cocoa. However, this is not recommended for children, as milk is essential for their diet.

Magnesium performs a variety of functions, including bone formation and the production of proteins and antioxidants.

As an electrolyte, it transports an electrical charge that is necessary for nerves and muscles to function properly, including those in your heart.

Consuming your recommended daily allowance of magnesium may help reduce your risk of developing cardiovascular disease and type 2 diabetes, the Office of Dietary Supplements reports.
One ounce of cocoa powder contains between 10% and 16% of your daily recommended intake.

One ounce with 45 to 59% cacao solids contains 15% of the copper recommended daily requirement. 18% is contained in the same fraction as 60–69% cacao solids.

If it has between 70% and 85% cacao solids, the quantity increases to 25% of your RDA. Copper is generally used as an enzyme cofactor.

It is required for energy production, iron metabolism, and connective tissue synthesis in this capacity. Additionally, it aids in the production of antioxidants and maintains your nerves functioning properly.

It also contains between 2 and 3 milligrams of iron per ounce.

Iron helps maintain a healthy immune system, boosts energy metabolism, and aids in the production of antioxidants that protect cells from harm caused by free radicals.

Due to the loss of iron during menstruation, women require 18 mg daily before menopause. Women should take 8 milligrams daily following menopause, which is the recommended daily dosage for men throughout adulthood.

To produce the variety available in supermarkets, various proportions of cocoa liquor, cocoa butter, and cocoa powder are combined with additional components such as sugar and milk.

Single-origin type implies that cocoa beans were picked and processed in the same geographic location.

Not-single-origin means that the beans were shipped from all across the world, processed together, and homogenized. Large companies do this to assure consistency between batches.

Additionally, you may wish to check for bean-to-bar producers. Bean-to-bar production entails a single business controlling every step of the process, from cultivating and harvesting the cocoa beans to processing them into cocoa and finally making the bars.

Its health advantages are mostly due to the flavanols found in the cacao solids. Nevertheless, the flavanol concentration of products varies.

Its makers are not required by law to disclose the flavanol content of their products. Products with a larger proportion of cacao solids, on the other hand, should include a greater amount of flavanols.

While it includes essential antioxidants and minerals, it is also often high in sugar and fat, making it a high-calorie snack.

It contains fat in the form of cocoa butter, which is largely saturated with unhealthy fats. Thus, individuals should attempt to limit their consumption to avoid consuming excessive calories, fats, and carbohydrates.

On average, it contains less sugar than milk and white chocolate. The one with a greater cacao solids content often has less sweetness. Because its producers vary in their sugar level, it is prudent to read the nutrition label.

Caffeine is present in cocoa. Caffeine consumption during pregnancy can reduce blood flow to the placenta and raise the risk of miscarriage.

As a stimulant, it can boost your heart rate and blood pressure, which can be dangerous. Expecting mothers should consume no more than 200 milligrams of caffeine daily.

Even though a single ounce of it contains only 20 mg of caffeine, consuming significant amounts of it can lead to dangerously high stimulant levels.

Cocoa and other types of confectionery contain simple carbs, which can contribute to weight gain and energy deficiency. 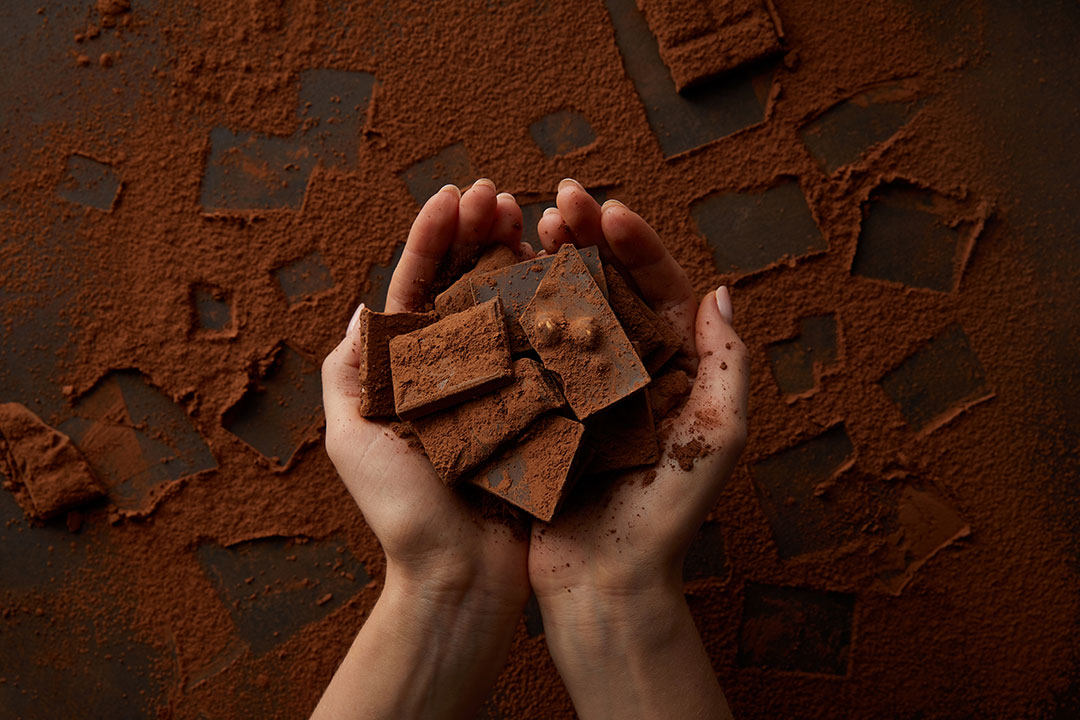 A single bar may include 230 calories and 13 g fat. If you have gestational diabetes a pregnancy issue, you should avoid simple carbohydrates in this candy.

It is frequently heavy in sugar, including approximately 18 grams per 1.5 ounces. Taking a significant amount of sugar during pregnancy raises your chances of excessive weight gain, gestational diabetes, and dental health problems.

Your doctor can advise you on the safest quantity of sugar to consume for you and your developing baby, which will help you establish how much of it is safe to consume.

Pregnancy necessitates prudence when it comes to some products that raise your baby's risk of harm and may jeopardize your pregnancy.

Cocoa is safe to consume throughout pregnancy and may even have health benefits when consumed in moderation.

Because each pregnancy is unique, discuss any nutritional concerns with your doctor. The amount of it that is safe to consume during pregnancy varies according to your health status.

This is referred to as the "chocolate paradox" a word we coined just today. It's a paradox that certain types – including the majority of mass-produced Choco seen in grocery shops worldwide – are detrimental to one's general health.

However, when consumed in moderation, it can provide several health benefits. If you've never tried healthy dark chocolate before, you're going to be surprised at how different it tastes.

A deeper in color bar may be more bitter to taste but will be better for your health and waistline in general. 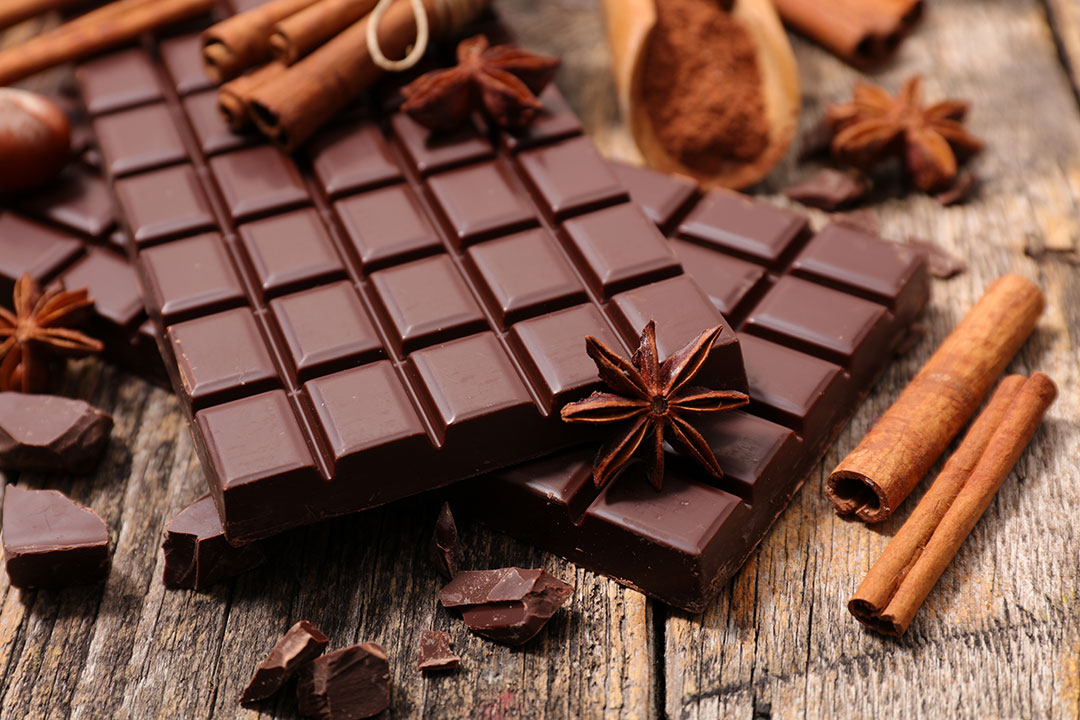 The dark coffee-colored bars are fine if you need to work your way up to them. You don’t have to worry about dark chocolate calories if you do it right. 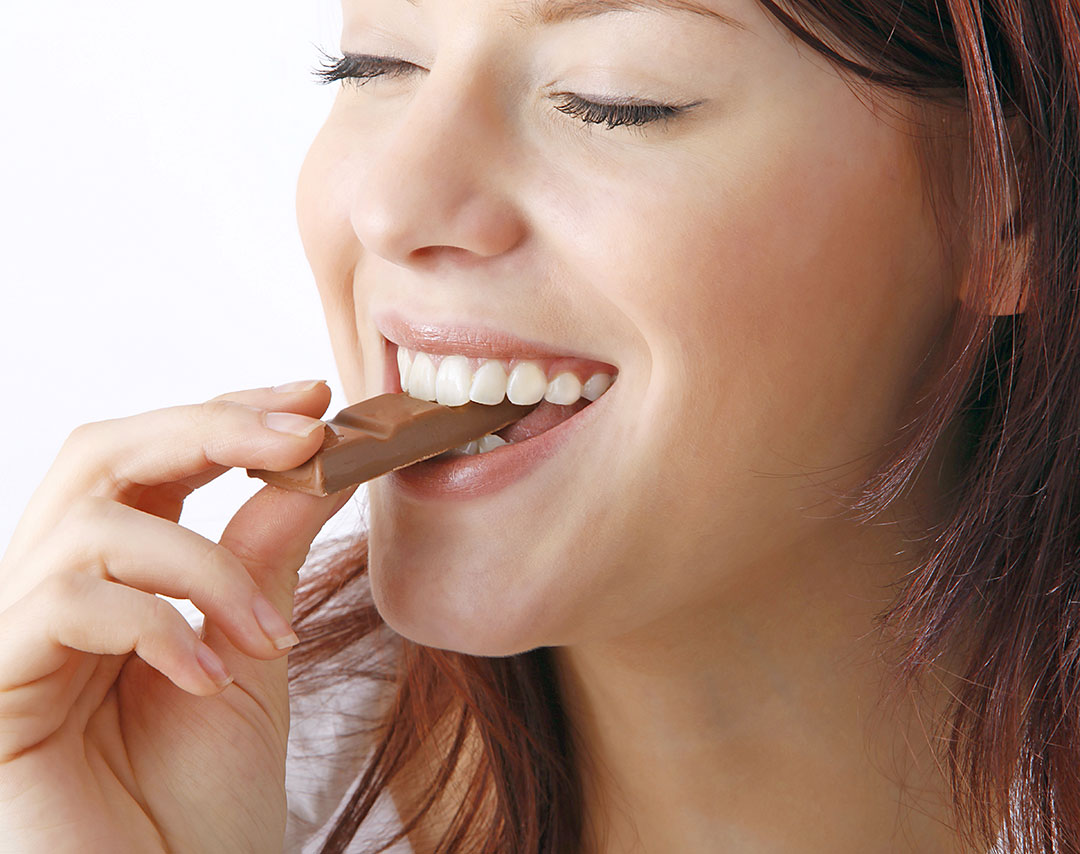