Endocrine disrupting chemicals can cause detrimental developmental, reproductive, neurological and immune effects in humans and wildlife. Banning these endocrine disrupting chemicals has been discussed among the World Health Organization’s professional teams and it’s been announced that banning these EDC’s may, indeed, be needed in order to protect the health of future generations. 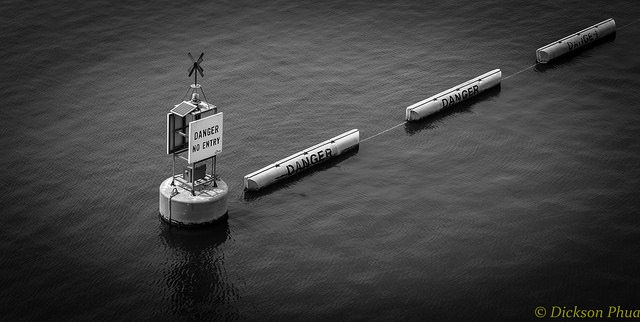 That being said, don’t worry! Medicinal-Foods has the 12 ways you can avoid endocrine disrupting chemicals within your environment

1. BPA’s are used in plastic products and they’re chemicals that imitate estrogen in the body. In order to avoid this endocrine disrupting chemical, stay clear of canned foods, do not touch receipts as much of the paper is coated in BPA and also avoid plastics marked ‘PC’ or ‘recycling label #7.’

2. When chlorine or bromine are burned during industrial processes, that forms dioxins and that is an endocrine disrupting chemical that affects sex hormone signaling. Contamination can be found in most animal products-- this makes vegan nutritional lifestyles or plant based diets the best way to avoid dioxin exposure.

4. Another reason to avoid plastic products is because of the endocrine disrupting chemicals, phtalates. These can trigger death in testicular cells. Resist using plastic food containers, children’s toys, plastic wrap made from PVC and any personal care products that are fragranced.

5.Endocrine disrupting chemicals like perchlorate are components used in rocket fuel and contaminate produce and milk. You can alleviate your exposure to this substance by using a reverse osmosis filter and making sure you are getting your daily dose of iodine.

6.Endocrine disrupting chemicals are everywhere in the environment. A 1999 study done on breast milk found fire retardant chemicals in what mothers were feeding their newborns. You can avoid ingestion by using a vacuum cleaner with a HEPA filter that cuts down on toxic dust.

7. Lead is an endocrine disrupting chemical and it is harmful to almost every crucial organ system. Keep your home well maintained and use a high quality water filter in order to reduce exposure to lead.

8. The toxin arsenic can be found in your food and your drinking water from municipal systems. Tiny amounts of arsenic can cause skin, bladder, and lung cancer...where larger amounts are deadly. Use a good water filter to reduce exposure to this particularly nasty EDC.

9. A naturally occurring EDC like mercury is still a toxic metal that can disperse into the air and the ozone around you, as well as the oceans through burning coal. If you want to avoid this nasty toxin, eat wild salmon and farmed trout, as these are good seafood choices to help avoid mercury.

10. Chemicals found in non-stick cookware can be found in 99% of American citizen’s bodies. This EDC can be avoided by resisting use of non-stick pans, stain and water-resistant coatings on clothing, furniture, and carpeting.

11. Limit the EDC’s in your life by buying organic produce to reduce pesticide exposure. Produce often has been exposed to neurotoxins-- organophosphate compounds are in pesticide and these interfere with testosterone communication as well as thyroid hormone levels.

12. EDC’s that damage fertility can be found in paint, cleaning products, brake fluid and cosmetics. Avoid products containing 2-butoxyethanol (EGBE) and methoxydiglycol in order to reduce exposure to glycol ethers.

Basically, eat a plant based diet, avoid manufactured foods and some goods, and you can really cut back on the amount of toxic endocrine disrupting chemicals that you expose your body and your family to!