Chaga Mushroom for sale and more facts about this interesting medicine will be discussed in this article.

It is a superfood with many beneficial properties for health and wellness.

At the mention of the word mushroom, the first picture that may jump to mind is a short, squishy umbrella-shaped plant that typically grows under fallen trees in areas where there is a lot of moisture.

What most people tend to forget is that there are many types of mushrooms which look different and thrive in unique conditions.

In this article, the focus will be on the chaga mushroom, its history, where it thrives, its potential health benefits and how it should be consumed.

Also known as Birch canker polypore, clinker polypore, cinder conk or black mass, the (Inonotus Obliquus) is a type of shelf, bracket or polypore mushroom - with the last three names above describing any type of wooden fungi whose growth is characterized by protrusion from tree trunks.

The product thrives in cold climates and it can mostly be found in cold areas such as Alaska, Northern Canada, Russia, Siberia, Korea and Northern Europe. These fungi grows primarily on the bark of birch trees though it can also be found growing on the barks of elms, beech, alder and ash trees as well as other species.

Unlike most of other types of mushrooms, it has a very unique look and feel. At first glance, you will be forgiven for thinking that it is a scab that has developed on the trunk of your birch tree.

The spore usually has a brittle extrerior that is coal black and a cork-like interior that is usually orange or golden-brown.

The toned coal black exterior and the orange interior part of the mushroom are what is harvested in chunks and processed for its health and medicinal benefits.

So, what are some of the health and medicinal benefits that you will likely gain from consuming this medicine?

Before we delve into the health benefits of the spore, it is worth noting that for eons, this mushroom has been used to cure a host of maladies as well as boost the general health of the consumer. For generations, Native Americans and communities in Northern Europe, Russia and China have relied on it to boost their immunities as well as combat the symptoms associated with different ailments.

One of the main reasons why the item has aptly earned the moniker "King of Mushrooms" is that it contains a wealth of beneficial nutrients, minerals and vitamins including (but not limited to):

Chaga Mushroom for sale in most countries have many benefits that can really help with health concerns. Another benefit of the item is that boosts the veracity of the immune system. The extracts contain nutrients which foster the production of special proteins which in turn boost the production of white blood cells. Increased production of these cells usually boost the body's immunity and aid in the killing of harmful viruses and bacteria.

Use of the extract can also assist the body to fight off inflammation - which is often a precursor to ailments such as cardiovascular diseases and rheumatoid arthritis. This simply means that the use of Chaga may help keep these diseases at bay. 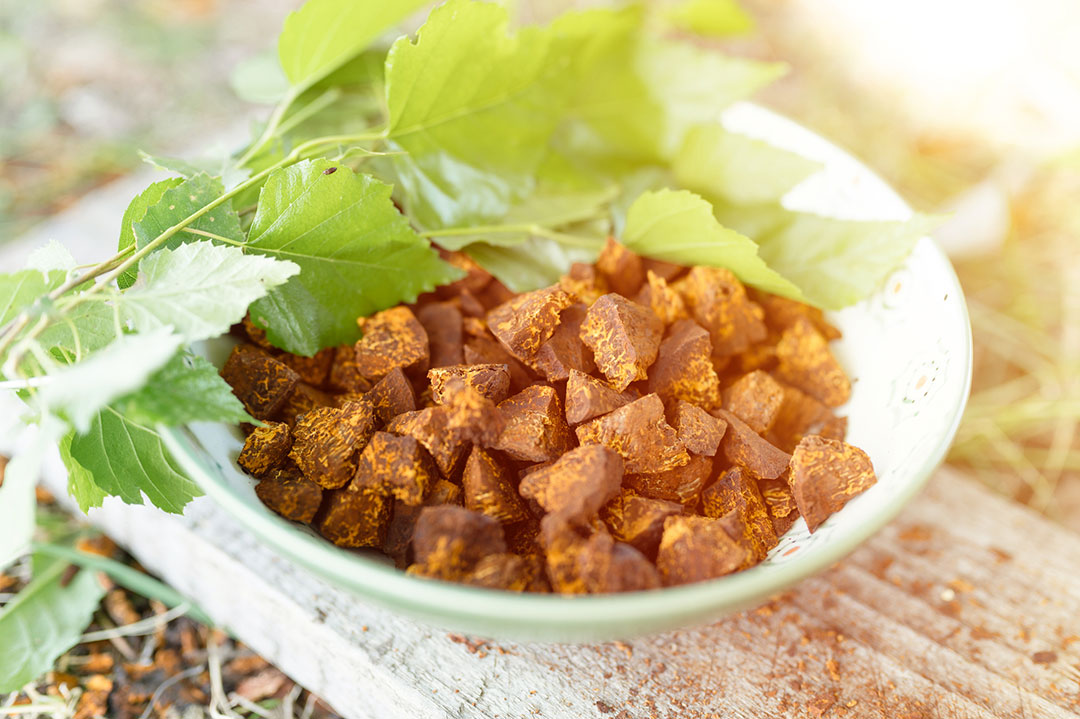 The item contains many nutrients which are natural antioxidants. Exessive oxidative stress in the human body perhaps from prolonged exposure to the sun or pollutants, can lead to faster ageing. Though research is still ongoing, data suggests that the wealth of antioxidants found in the process may help reverse or slow down the ageing process in humans.

The many antioxidants in this mushroom can also help curb the production of high cholesterol levels while at the same time helping to regulate blood pressure. Note that with the proper blood pressure levels and stable levels of cholesterol you can avoid a host of cardiovascular diseases such as stroke and heart attacks.

Antioxidants usually play a critical role in preventing damage within the cells which may arise as a result of oxidative stress or free forming radical cells. Oxidative stress and free forming cell radicals can cause diseases such as cancer. The product contains many antioxidants and triterpenes which can be used to slow the growth of cancerous tumors and inhibit the quick development of certain forms of cancer such as cervical, lung and breast cancer.

Given its efficacy in helping to control the advancement of certain ailments such as cancer and arthritis, ongoing research shows that with time, chemical compounds extracted from the fungi may at some point act as alternative organic medications for some of the most hard-to-treat medical conditions known to mankind today.

Note that you cannot eat chunks of the spore directly from the market. For starters, if you consume it this way, it has a cocky and chewy feel, and second, the nutrients and minerals found in it are not available in its raw state. You must first process the spore to extract its useful components.

Ideally, you can use it as a supplement, as an additive to your tea (chai) or as a tincture. 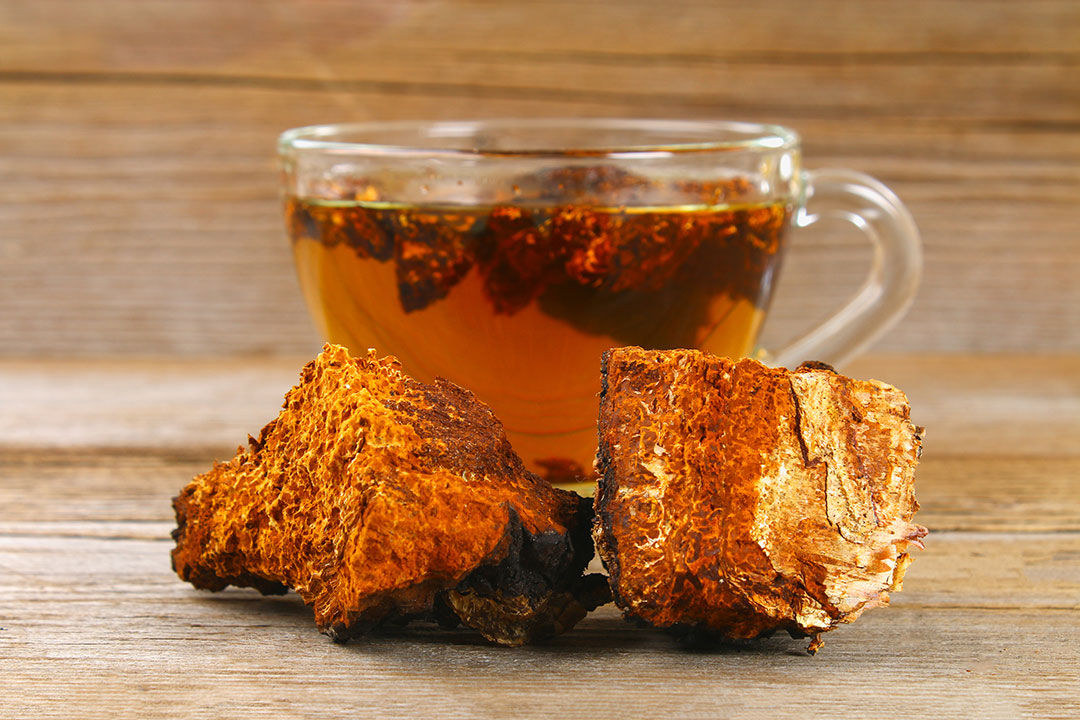 If you are making tea or tincture at home, you can either prepare it when dry or fresh. Note that the only benefit to using the fresh substance is that it is usually easier to cut.

To prepare-infused tea, cut it into small chunks (preferably 20 grams per liter of water) and let it simmer for about 6 hours or overnight. You can then sieve out the chunks and enjoy your beverage. Note that the chunks can be reused several times.

You can also prepare the powder by grinding chunks in a blender or using a mortar and pestle. To prepare the tea, simply steep the resulting powder in hot water for just a few minutes.

To prepare tincture simply put the powder or chunks of the mushroom in a jar and fill it with an alcohol solution that has about 60% - 80% alcohol. Cover the jar with a tight lid and wait for at least four weeks. You can then remove the chunks or sieve out the powder and place several drops of the tincture under your tongue daily.

Alternatively, if you do not have the time to prepare your own supplements, you can purchase pre-packed supplements from a reputable vendor and drink everyday as mushroom coffee.