Lion’s Mane mushroom in an excellent example of the rich Asian culinary and medicinal history being adopted into Western diets and health regimens.

The shroom itself is a bright white, shaggy, soft fungi with cascading white spines that resembles the mane of a lion and which grows near the forest floor.

It is originally from China, India, Japan, and Korea but can be cultivated in a diverse range of climates. Today they are commonly found in the southern United States as well as throughout the several forested regions of Europe. 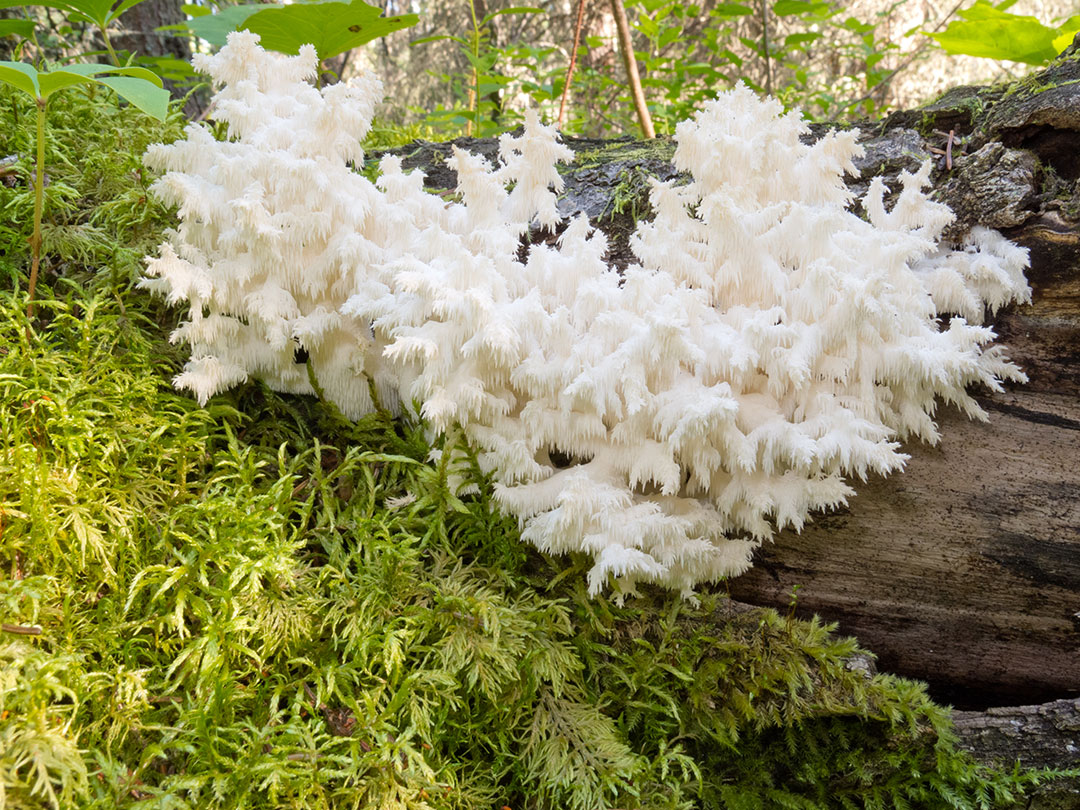 In the wild, they do not resemble anything like what most people think of when the think of edible ones. They do not have a stalk nor a cap, but instead have dangling string-like fibers but a pointed tip that release spores that can grow on other nearby trees or decomposing matter.

When collected they can be eaten raw, lightly cooked, dried and steeped in a tea, and are commonly taken as supplements in pill form.

What’s special about these exotic-looking but tasty fungi are the amazing array of positive health benefits to many areas of our bodies, such as our brains and nervous system, our hearts and blood circulation, and our gut and digestive system.

But it has a unique X-factor that makes it even more attractive for those seeking not only great physical benefits but also benefits on an internal spiritual level. 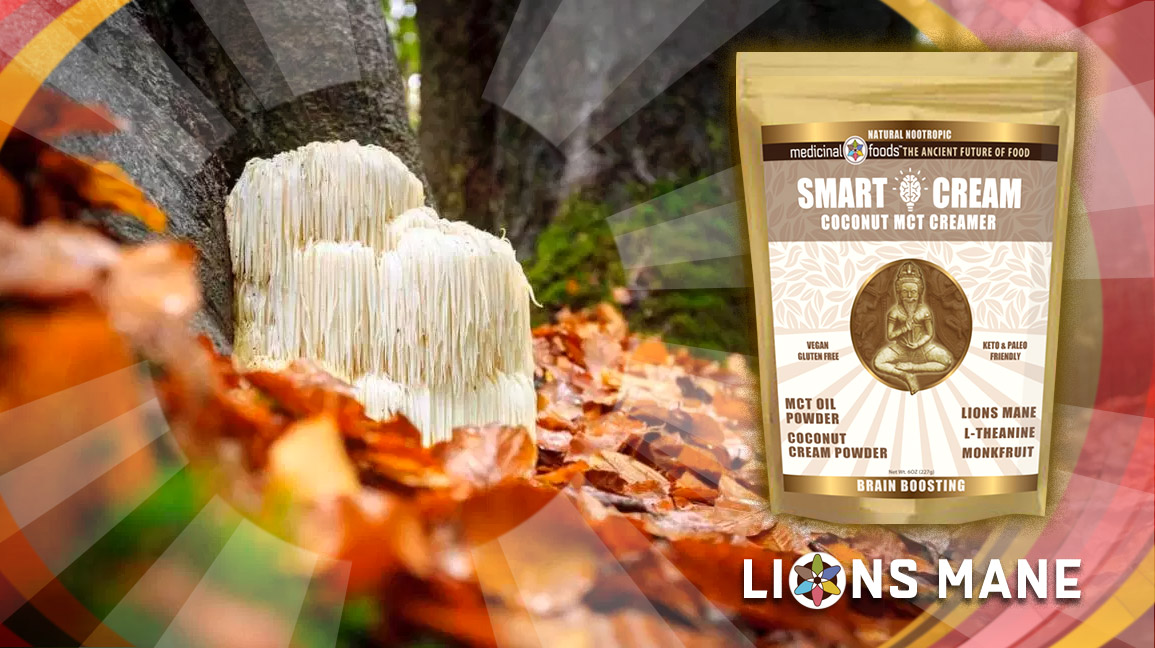 It has been long known in Japan and China about Lion’s Mane spiritual benefits and its ability to help meditators tap into their inner awareness and expand their spiritual perception.

Groups of Buddhist monks, specifically the Yamabushi, would travel the nearby forests and take them from decaying oak, beech, and walnut trees and eat them just before their meditative sessions.

The mushrooms greatly improved the monks ability for concentration and cognitive clarity which enabled them to better cultivate their Qi - the life force - to a higher and more fluid degree.

Eating an unusually shaped forest mushroom for expanding transcendental consciousness seems a bit unusual, and many health practitioners became curious about what exactly helps a person achieve these benefits.

There is a growing volume of research in the field of nootropics, which are types of foods or herbal supplements that specifically improve cognitive function, memory recall, and prevent neurodegenerative diseases.

Some people have even called them “smart drugs” when they are manufactured as pills, and even though we all have an innate intelligence that does not radically change throughout our lives, nootropic supplements have be proven to have a significantly positive effect for general brain functioning.

Researchers have discovered that these are one nature’s best examples of a nootropic substance. In addition, it has been shown to stimulate higher immune system functioning and possess antioxidant and anti-inflammatory properties.

Here are some of the health benefits that researches have been re-discovering since taking cues from the tradition of these wise Buddhist monks:

Our brain cells, called neurons, are steadily increasing in number from when we are a newborn baby until about our early twenties, which is when the plasticity of our brains is the most fluid and changeable.

Around our early 20s our brains have reached their fullest capacity to re-wire and learn new things, and from then onwards we are not actively producing as many new neural cells, merely using and re-working what we already have.

This is why younger people have an easier time learning new things, and older people can become “stuck in their ways”: their brain cells have “solidified” in their set patterns of thinking and behavior.

Groundbreaking discoveries have been made regarding it, showing that they contribute to “neurite outgrowth”, meaning the growth of new axons and dendrites which make up the neural cell.

This has made a huge impact in the brain research community. Toxic lifestyles, food and environments have led to drastic increases in neurodegenerative diseases in the past decades.

These include [Alzheimer’s and Parkinson’s disease, dementia, as well as the breakdown of delicate tissue surrounding the brain and spinal cord because of physical injuries.

Studies have shown that at-risk populations for these brain-related disorders who consistently ingest them can have dramatic improvements and even reverse their conditions.

These positive improvements include enhanced memory, mental resilience, increased focus, and a sharper ability to engage in day-to-day problem solving.

Several research projects have shown them to help to fight against the accumulation of cancerous cells and tumors.

The list of cancers it can prevent and reverse include:

It stops the metastasis, or spread, of cancer to other organs by killing off the no-longer functioning toxic cells in their place.

This also includes preventing ulcers, which can flare up anywhere along the digestive tract, by fortifying the cell walls along our stomachs, small and large intestine. 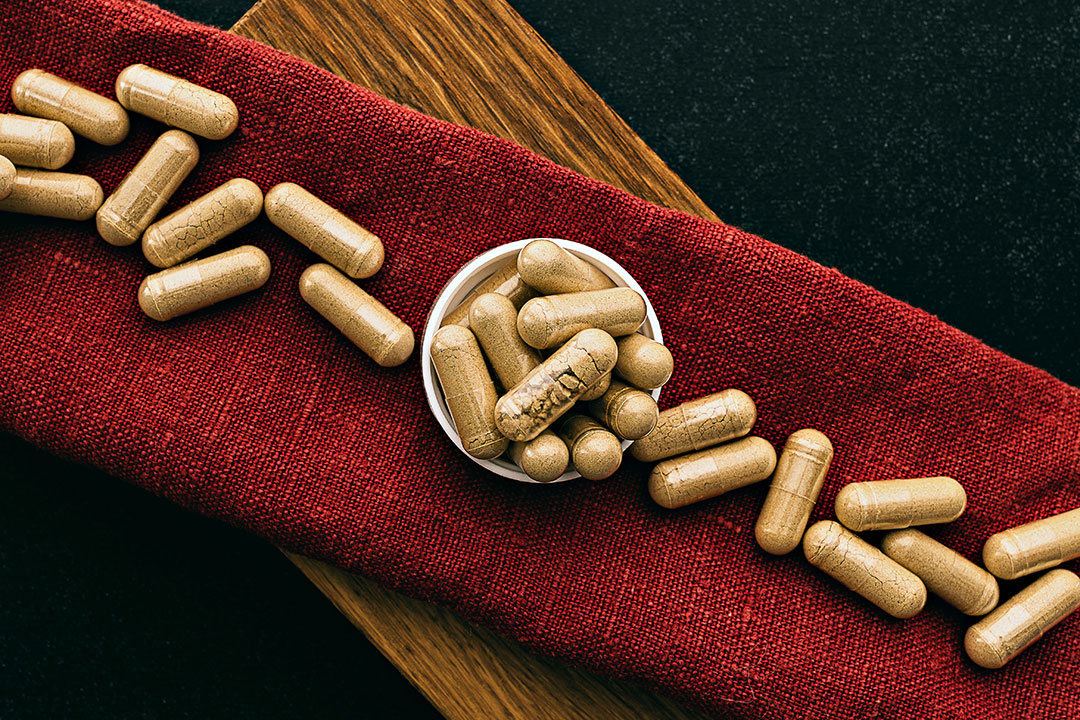 It has also been shown to support the growth of “healthy” bacteria in the gut, such as lactobacillus and bifidobacterium, which improve immunity and stop the growth of cancers long before they become problematic.

Improves Symptoms of Depression and Anxiety

Because of its ability to enhance clarity and overall cognitive functioning these mushrooms have been repeatedly shown to improve symptoms of depression.

The hippocampus is the area in the brain that deals with memories and emotional responses. Because of its neuron-generative qualities, they can repair and improve this important region. 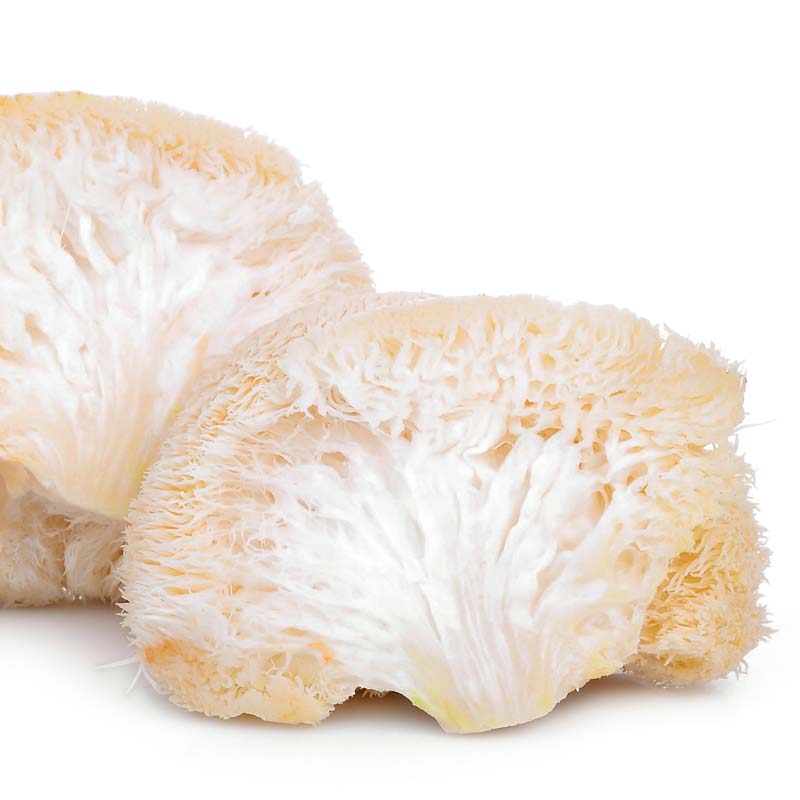 Decreased negative thinking, fatigue, moodiness, and general anxiety are common effects, and an overall improvement in mental well-being has been a well-known benefit for many generations.

Taking it as an herbal tea is a common home treatment for these types of symptoms, and the benefits steadily improve over time.

Because of its unusual appearance many people ponder its taste and flavor profile.

They are meaty and stringy when eaten raw, and when cooked are chewy and tender. Their taste is often described as “seafood-like”, similar to lobster claw, scallops and crab meat, and have a mild, sweet, delicate flavor. 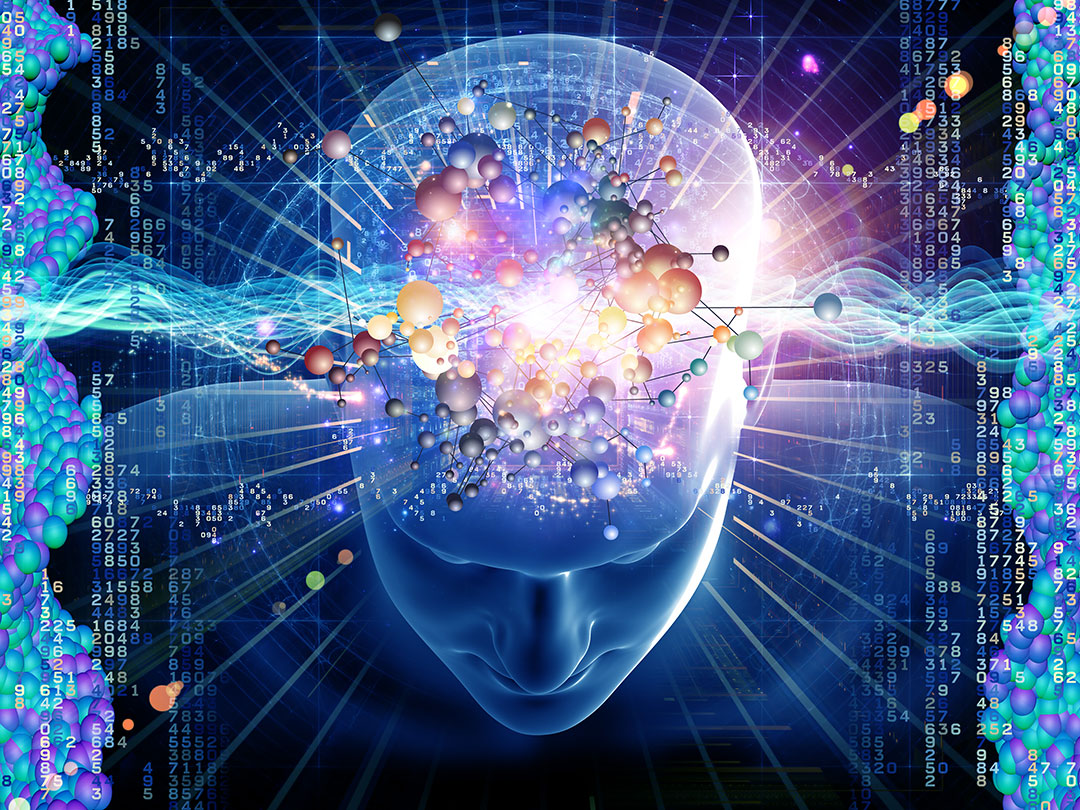 These powerful antioxidant, anti-cancer, anti-inflammatory and cognitive-boosting fungi have been a staple in meditative culture in Asia for many centuries.

Lion’s Mane mushroom are now becoming a readily available and inexpensive treatment for numerous diseases in the Western food and diet culture. They not only have an important role to play in physical and mental health, but also spiritual health through developing mental focus to expand one’s consciousness.