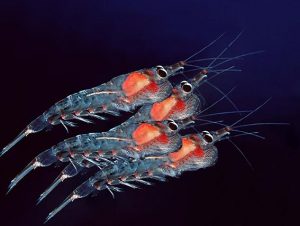 We know that fish oil is a good source of omega-3 fatty acids, and that cod liver oil is more powerful than the general variety, but research has shown that there is another source beneath the ocean waves that is more potent, more efficient, and easier to harvest.

This other source is Antarctic krill, or Euphausia superba. They’re crustaceans about 2 inches in length, and are a vital link in the food chain for a wide variety of Antarctic animals such as fish, birds, whales and seals. There’s such a massive amount of them that it’s estimated that their combined biomass is twice that of humans, and krill swarms are so widespread and densely populated that they can even be seen from space!

As it turns out, these close relatives of shrimp offer much more than a tasty snack for marine life, as they are rich in some of the most important nutrients that nature provides. Several scientists around the world are now advocating for this potent alternative and awareness is spreading quickly. 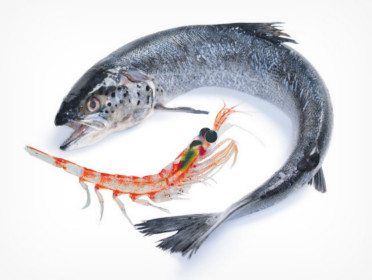 In this article we’re going to compare and contrast these two different oils. You might just be convinced to make the transition! 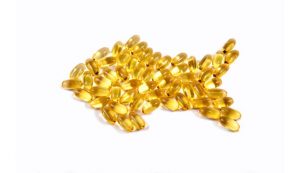 Fish oil has been used for centuries in northern Europe and what is now the United Kingdom. These people may not have known what made fish oil so effective, but they were well aware that it relieved joint pain and reduced symptoms of common colds.

One of the reasons why this extract is so useful is because it’s a great source of omega-3 fatty acids such as EPA and DHA, which offer a slew of health benefits like boosting mood and cognitive function, preventing inflammation and reducing cholesterol. We humans don’t produce omega-3 in our bodies, and we can’t convert it from the omega-6 that we get from a lot of the food we eat, so we compensate by consuming fatty fish, flaxseed and certain plant and nut oils.

Numerous studies have been conducted regarding the effectiveness of fish oil, and although results have usually been positive, it’s not as consistent a conclusion as we might expect. Some studies have reported that fish oil had little or no effect at all!

Dr. Dennis Goodman, Clinical Associate Professor at NYU, explains that this is because there are many kinds of “fatty fish” that are harvested for oil, and since most researchers don’t list what kinds of fish their oil was made from it’s extremely difficult to determine which kinds were implemented for each study. The oil could come from mackerel, tuna, cod, salmon or several others – each with their own levels of nutrient potency – and since many companies don’t list the fish they harvest on their product labels, figuring out this mystery is close to impossible.

Another drawback to fish oil is that its omega-3 contents are only fat-soluble. This means that it takes longer for the body to process it, causing it to linger in the stomach and rise to the top of its contents. An unpleasant side effect of this is a fishy aftertaste that comes up strongly in burps. And nobody should have to deal with that!

Aside from this undesirable aftertaste, we can see that fish oil isn’t as reliable as we’d like it to be. The potency varies depending on the source fish harvested and the method of extraction used. What we need is a source that’s cleaner, more efficient, and that will consistently produce the same results.

And that’s where krill comes in.

Why krill is a game-changer

There are 85 known species of krill throughout the planet, but it’s only Antarctic krill that yield such powerful health benefits. There are a number of reasons why these creatures are the best source of omega-3 fatty acids we’ve ever discovered.

The first reason has to do with practicality: as there is such a massive amount of krill in the oceans – and since they reproduce rapidly and generate vast amounts of offspring – it’s a resource we can tap without being concerned about depleting it, and in turn endangering their species and all the other animals that feed on them. The total biomass of Antarctic krill is 500 million metric tons, which is way more than the animals that consume them need in order to survive.

Additionally, the gathering of krill has been approved and is monitored by the Commission for the Conservation of Antarctic Marine Living Resources (CCAMLR). They have allowed a maximum harvest of 1% of the Antarctic krill population each year: in 2013-2014, we barely reached 0.5% in hauls.

The second reason is that omega-3 in krill oil exists in phospholipid form, meaning that it’s soluble in both fat and water. This is important because the phospholipid form is a foundational element of all cell membranes, meaning that the body is familiar with it and can process it with ease. So the omega-3 is digested more efficiently and won’t cause burping and fishy aftertaste. While krill oil does have less EPA and DHA than fish oil, greater amounts of these nutrients are absorbed by the body from krill oil, so we get more of them to utilize to our benefit. Krill oil’s bioavailability is actually 2.5 times higher than fish oil!

Although the levels of astaxanthin available in Krill may not be that of a therapeutic dose, the level is still high enough to preserve the oil from going rancid. Fish oil contains no astaxanthin and it is normally added to serve as an antioxidant. In this way many fish oil companies are simply trying to be like Krill.

As you can see, krill oil has a great deal of perks to be excited about. If you’re interested in learning more about this nutritional paradigm shift, check out Dr. Dennis Goodman’s book, “The Thrill of Krill, ” and learn more about what these healthy little critters can do for you!