Black Seed Oil is highly regarded for its vast uses and healing benefits, both internally and externally, which is why the seeds of Nigella Sativa are one the most revered medicinal seeds in human history. To disambiguate terms, Black Seed Oil is also called Black Cumin Seed Oil, but it is made from the same plant.

Many studies have shown its effectiveness in fighting against cancer, problem causing bacteria such as Methicillin-resistant Staphylococcus aureus (MRSA) and Helicobacter pylori, easing allergies, and treating autoimmune diseases. Because of the wide range of beneficial uses for this oil, it would make a very valuable addition to your own natural healing and cosmetic repertoire, if it isn't already. 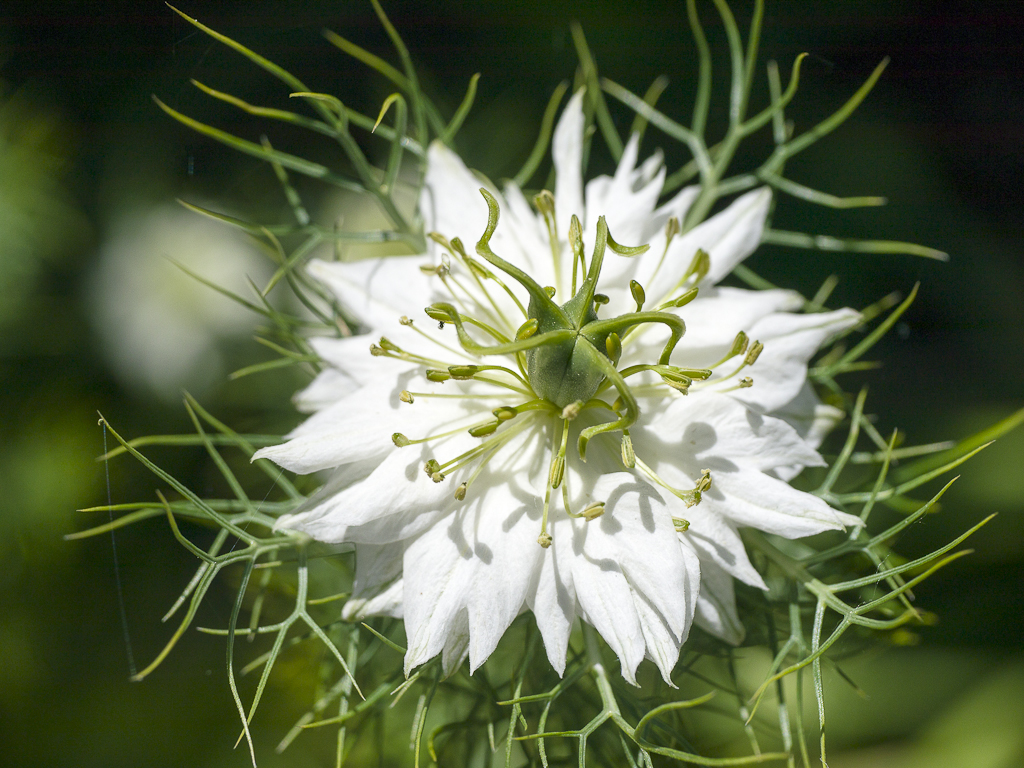 Being a native to the Middle East and South West Asia, the cultivation of this Nigella sativa can be traced back over 3, 000 years, to Ancient Egypt. This seed is actually not even related to the “Cumin” seed that we know of, which resembles caraway, so its name can be misleading.

Even the prophet Mohammed proclaimed Black Seed as “a remedy for all diseases except death.” Black Seeds with honey, an ancient recipe, which was found in King Tutankhamen’s tomb, is still used my many people to this day for digestion, respiratory ailments and more.

Black Seeds are used in many dishes in the Middle East, as well as India, yet it is argued by some that the cooking of the seeds may decrease some of the medicinal aspects.  Others believe that the tempering of the spice is what brings out the medicinal qualities. Check out this recipe of Preparing Kitchary and learn how to temper your spices, including black seeds, properly.

Consuming the ground up black seeds can be helpful for easing digestive troubles, flatulence, clearing parasites, and have also become an alternative treatment to battling cancer. However, many prefer the oil for economic reasons and wider range of use. Simply, with the oil, you can get more of a potent dose with a smaller amount.

There are so many potential nourishing and restorative qualities of this precious oil, but one needs to know what to look for as the consumer to get a good product.

First of all, be sure the oil you use is cold pressed and organic, to assure the integrity and purity.

Second, due to certain chemical constituents present in the oil, such as the Omega fatty acids, this oil (similarly to flax oil) should not be heated as these constituents can be chemically altered and become disadvantageous to the body.

Third, the proper storage of this oil would be in a dark colored, preferably glass bottle and to keep it cool or refrigerate it, especially after opening. A daily recommended dose is 1 teaspoon of oil, and for more medicinal effects, not around too much food.

It can be taken in capsules, or simply swallowed from a spoon. Using this oil on the skin and hair is deeply nourishing, however the smell is quite strong (in a spicy and savory way) so combining essential oils may help to create a most supreme healing, anointing oil.

One could imagine the ancient priests and priestesses of Egypt using this same oil for their healing and ritual initiations.

Autoimmune disease and cancer are huge problems in today’s society. Thymoquinone, one of the chemical constituent in Black Seed Oil, is of great interest to scientists, because its been shown to actually kill cancer cells, act as an anti-inflammatory and stimulate Opioid receptors which could help treat or prevent food allergies.

Even the big corporation Nestlé applied for a patent in 2010 which would protect their extraction process and the use of this chemical from Nigella sativa, which expectedly caused mass protest and controversy from upset people who felt a big corporation should not be able to own and control a natural chemical or people’s right to use it.

The knowledge and use of Black Seed Oil is becoming very common these days, just look it up on the internet!

There are oil pulling blends which use this oil (Medicinal Foods store carries a wonderful product!), luxurious body washes, and even a “Kardashian Beauty” brand of oil for the hair!

The truth is, this oil alone can be used for a wide range of things, and is revered by the ancient and modern healers and scientists.

Lastly, I'd like to leave the readers with an image of this beautiful flower from which these precious black seeds come from. It may look familiar to you because, perhaps, its relative "Love in a mist" flower is already growing in your garden. If so, why not make some space in there for Nigella sativa too.

Written by Mary Isis, native to the Big Island of Hawaii is an Artist, Musician (Visionary Music from the Heart: www.maryisismusic.com) Herbal Enthusiast, and Nectarian. "I am passionate about educating and encouraging people to live more simple and natural lives, feeling connected and reverent to this living earth."