What are some of the theobromine uses? Well, it is an alkaloid that was first isolated in 1842.

Like other alkaloids, it has no odour and a bitter taste.

Fermentation is what reduces bitterness, and which creates a pleasant aromatic smell of chocolate that everyone likes. In addition to cocoa, it is found in smaller amounts in cola nuts, guarana and tea leaves. 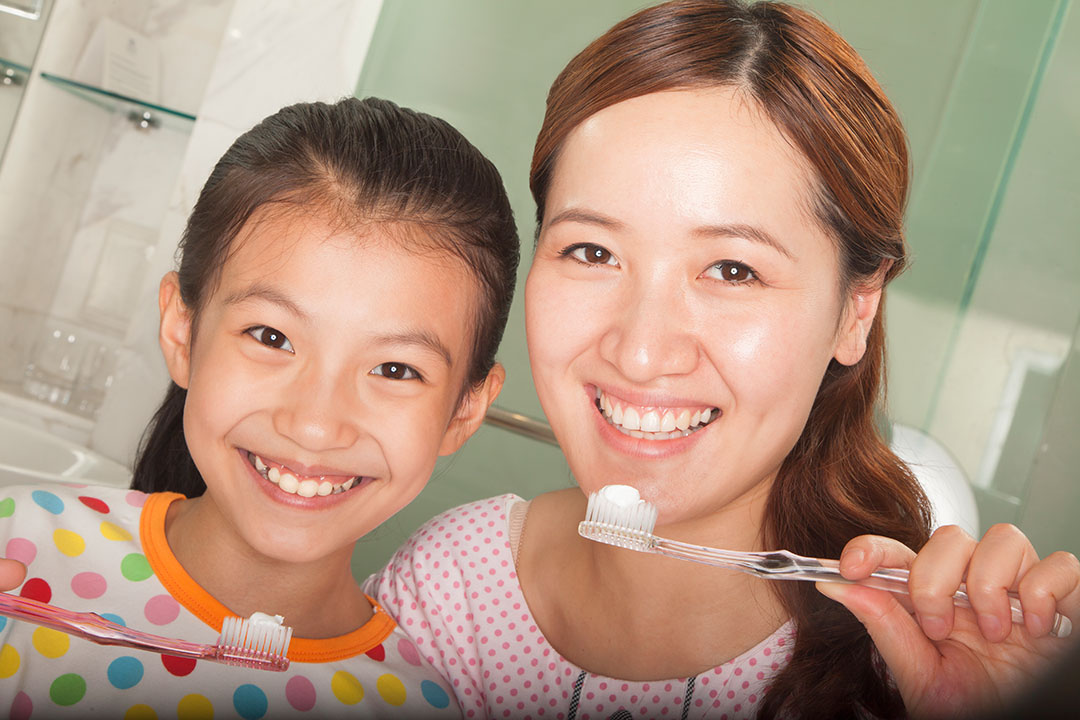 It is found in coffee concentrations of 0.2% in green coffee beans. When found in cocoa beans, it means that it is the fruit of the tropical tree Theobroma cacao.

The highest proportion of it is found in dark chocolate.

Unlike caffeine, it has no effect on the nervous system. In the form of salts of organic acids, it is used for the production of diuretics because it has the ability to increase glomerular (GFR) filtration of the kidneys.

It also acts as a stimulator of renal circulation and eliminates harmful substances that we excrete in the urine. Furthermore, it is used to lower blood pressure because it dilates blood vessels.

Theobromine and theophylline show positive effects on the treatment of respiratory diseases that include chronic cough, asthma and bronchitis. 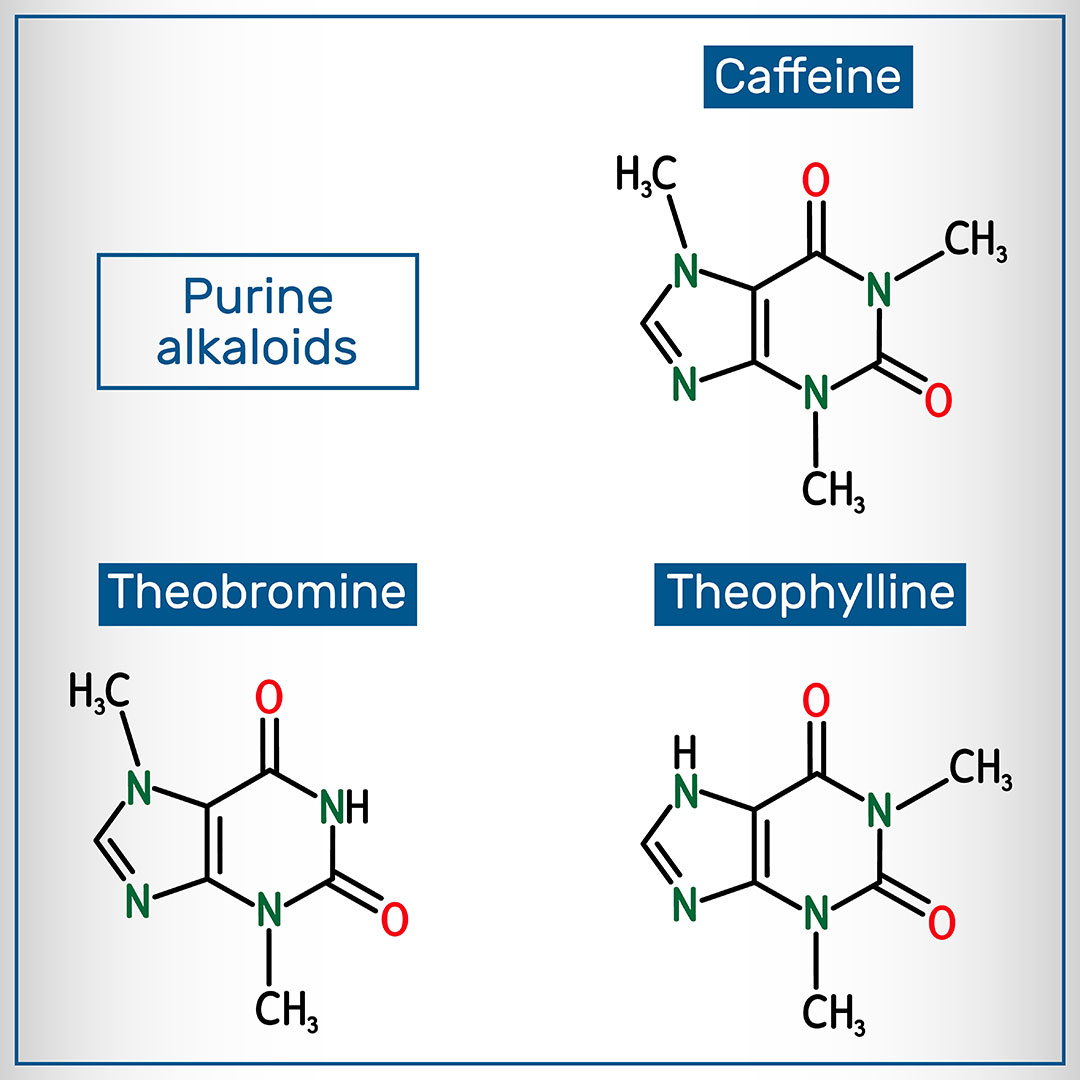 Most theobromine and caffeine supplements have a thermogenic effect that promotes weight loss and appetite suppression which can be really helpful for those who are looking to create a diet plan.

The lethal dose of it is 1000 mg/kg body weight, and the symptoms of poisoning are diarrhoea, internal bleeding, and heart attack.

It occurs in the body as a product of caffeine metabolism which is cleaved to 12% theobromine, 4% theophylline and 84% paraxanthine. Both alkaloids create adenosine receptors, but it has a weaker effect and is therefore not addictive.

It is a heart stimulant "hidden" in chocolate. There are many myths and legends that have been told throughout the years that sweets are harmful and should be avoided.

We hear everywhere that there are many harmful substances and sugars in sweets and more precisely in chocolate, which is true, but the sweet cocoa dessert does not only contain additives that are harmful to us.

It turns out that chocolate has many more benefits than we know.

It is recomended to drink milk with cocoa. The reason for that is that cocoa contains theobromine.

It is a type of crystalline alkaloid, which, as we have already said, is found in cocoa and is the favourite of both small and large chocolates. It belongs to the so-called purine group/ks/, which contains both caffeine and theophylline.

What is theobromine used for

Despite its name, it does not contain bromine. Its name comes from theobroma, which is a type of cocoa tree.

It cannot be dissolved in water and is usually white. It has the same effect as caffeine but is weaker.

It is an isomer of theophylline and they have the same chemical composition, but are differently distributed in space. The melting temperature of it is 337 degrees Celsius.

It was first discovered in 1841 by the Russian chemist Alexander Voskresensky. He discovered it in the composition of cocoa beans.

And only its extraction from them took place in 1878. This alkaloid is the first to be discovered in cocoa, and consequently in chocolate.

After it was discovered in the 19th century, this alkaloid was put into use in 1916, because it was written about in an article, and it was recommended for the treatment of oedema - this is a disease that is expressed in the fact that an individual can have a high concentration of fluid in some part of its organism.

An American magazine wrote that it has also been used to treat some other health problems, such as atherosclerosis, cardiovascular disease, angina pectoris and hypertension.

Nowadays, it is used to dilate blood vessels, it is also used as a diuretic, and also as a heart stimulant.

It was also tested on animals when they had birth defects. Even without consuming food, it is formed in our body, because it is a product of caffeine, which is processed in our liver.

As we have already mentioned, caffeine and theobromine are very similar, but the latter has a weaker effect on our nervous system.

However, it is important to point out that it stimulates the heart to some extent. It does not lead to addiction, but it is believed that one of the substances in cocoa, which create addictions to chocolate, is theobromine.

The "culprit" for chocolate to gain popularity as an aphrodisiac is again because of it. This is because it significantly speeds up the pulse and dilates blood vessels, and at the same time reduces blood pressure.

It is very helpful in many diseases, especially bronchial asthma. Research done in the 1980s shows that there may be a link between the effects of it and the risk for people suffering from prostate cancer.

Some other consequences that can occur when consuming it are drowsiness, trembling, restlessness, anxiety, as well as a significant increase in urine production. Other side effects from its consumption are lack of appetite, nausea and vomiting.

And as a conclusion to all that has been said here, we can recommend that you take food that contains a lot of cocoa, which of course should take place within normal limits.

There is nothing better than combining healthy and tasty food. For this purpose, take a look at these useful recipes for homemade liquid chocolate, homemade chocolate candies or treat yourself to a brownie with real chocolate or full-fat cocoa so you can enjoy it as much as possible.

It is a white needle crystal or crystalline powder which has a bitter taste. That is seen as the main bitter ingredient of chocolate.

Solubility is about 0.05% in water, 0.66% in hot water and 0.045% in 95% ethanol, soluble in alkaline solution and concentrated acid. It has the effect of excitement and diuresis which may help in improving the overall mood of a person.

It is a diuretic drug and the main alkaloid ingredient of cocoa. It is a xanthine alkaloid, methylxanthine, as well as caffeine and theophylline, but it differs from them in that they have a little stimulating effect on the central nervous system.

The stimulating effect of cocoa comes from the caffeine it contains.

It has the effects of diuresis, excitation of the myocardium, vasodilation, relaxation of smooth muscles and so on. Phosphodiesterase inhibitor; weak adenosine receptor antagonist, a smooth muscle relaxant.

In medicine, it acts on diuresis, excitation of the myocardium, vasodilation, relaxation of smooth muscles and so on.

It is a crystalline alkaloid found in cocoa and is part of our favourite chocolate. It belongs to the group of purines (xanthines), which includes compounds such as caffeine and theophylline.

Despite the name, the alkaloid does not contain bromine. 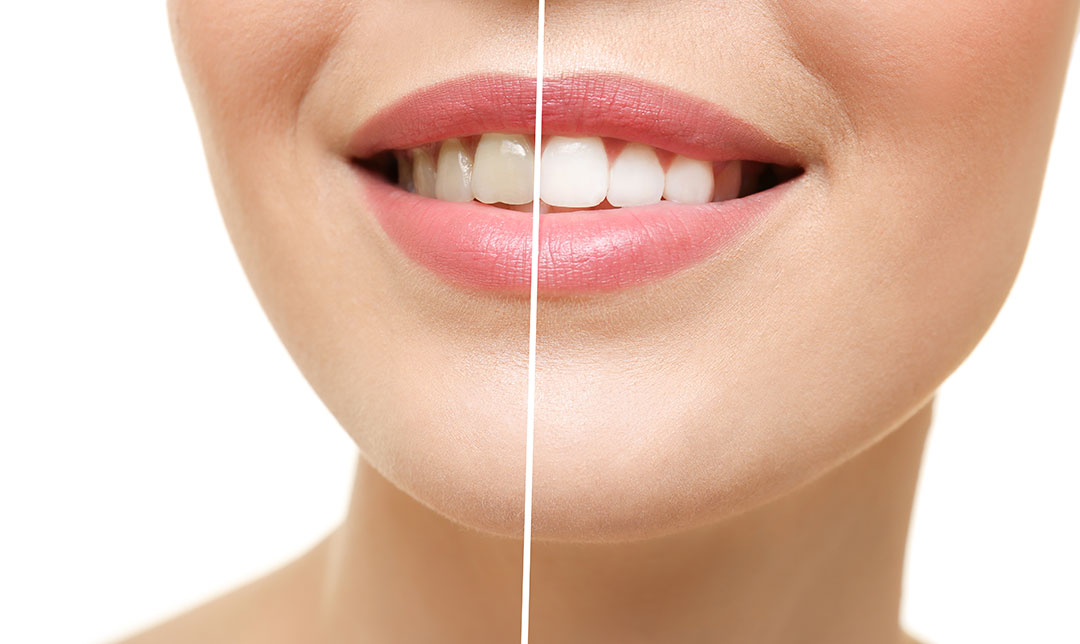 The Yin suffix is assigned to all alkaloids or other nitrogen-containing compounds. It is a water-insoluble powder with a bitter taste, usually white in colour.

It has a coefficient effect, although weaker.

Its chemical formula is C7H8N4O2 (dimethylxanthine). It is an isomer of theophylline (same chemical composition, but different spatial distribution), as well as paraxanthine.

The substance was first discovered by the Russian chemist Alexander Voskresensky in 1841 in a cocoa bean. 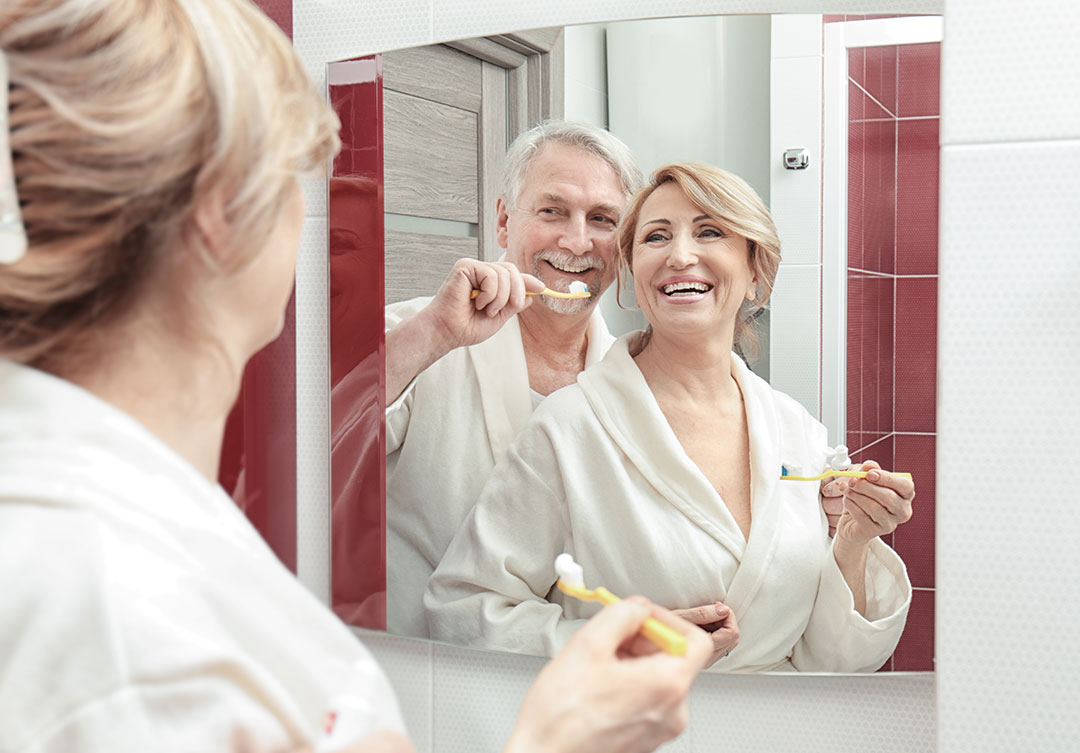 It was extracted from the seeds of the cocoa tree in 1878 and was later synthesized by the German chemist Hermann Emil Fischer from xanthine.

It is the primary methylxanthine found in cocoa tree products, theobroma cacao. It is used as a drug for its diuretic effect, especially in cases when heart failure has resulted in the accumulation of body fluid.

It was applied with digitalis to alleviate dilatation. Due to its ability to dilate blood vessels, it is also used to treat high blood pressure.

Cocoa and chocolate products can be toxic or deadly to dogs and other domestic animals such as horses, as these animals metabolize it slower than humans.

The heart, central nervous system and kidneys are worse. Early signs of its poisoning in dogs include nausea and vomiting, restlessness, diarrhoea, muscle tremors, and increased urination or incontinence. 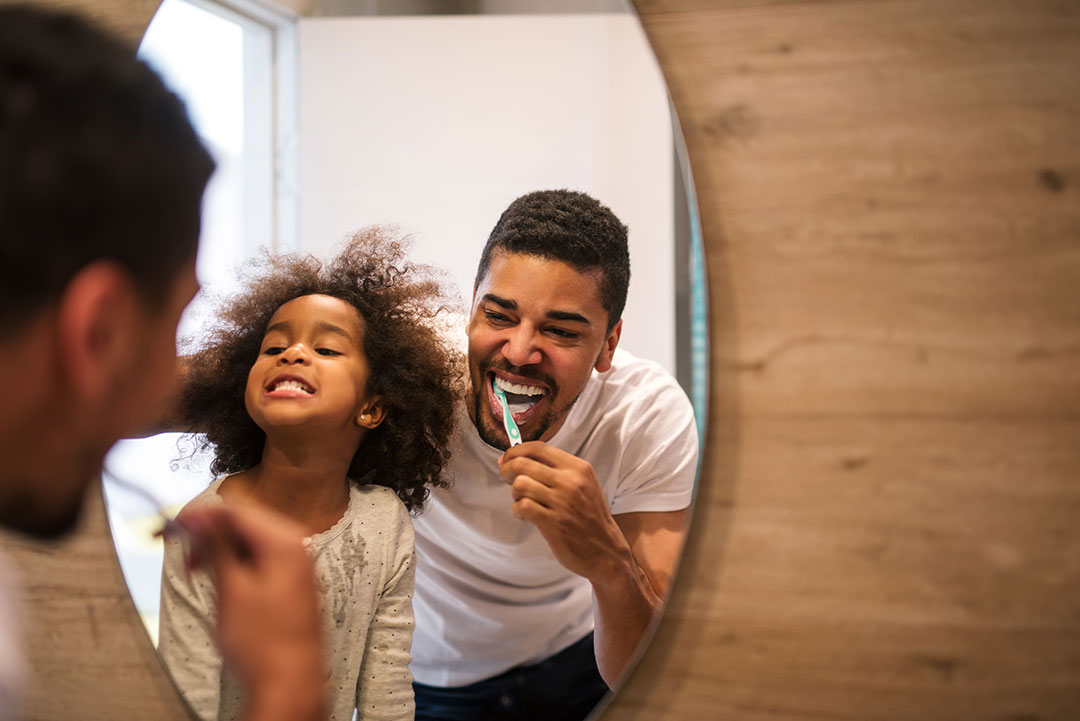 Treatment at this stage is to induce vomiting.

It is known as xanthosis. It is a bitter alkaloid from cocoa.

It is found in all cocoa products. Chocolate version of it is the basic methylxanthine, one of the harmful alkaloids that cause abnormal growth of glands, stimulation of the central nervous system, insomnia, depression and nervousness.

Its salts are known to cause stomach discomfort, flushing of the skin with a feeling of warmth, and general or localized itching.

The kidneys and liver are mainly involved in detoxification (elimination of toxins) and excretion of the substance. If the kidneys work less, it can build up to high levels in the blood. 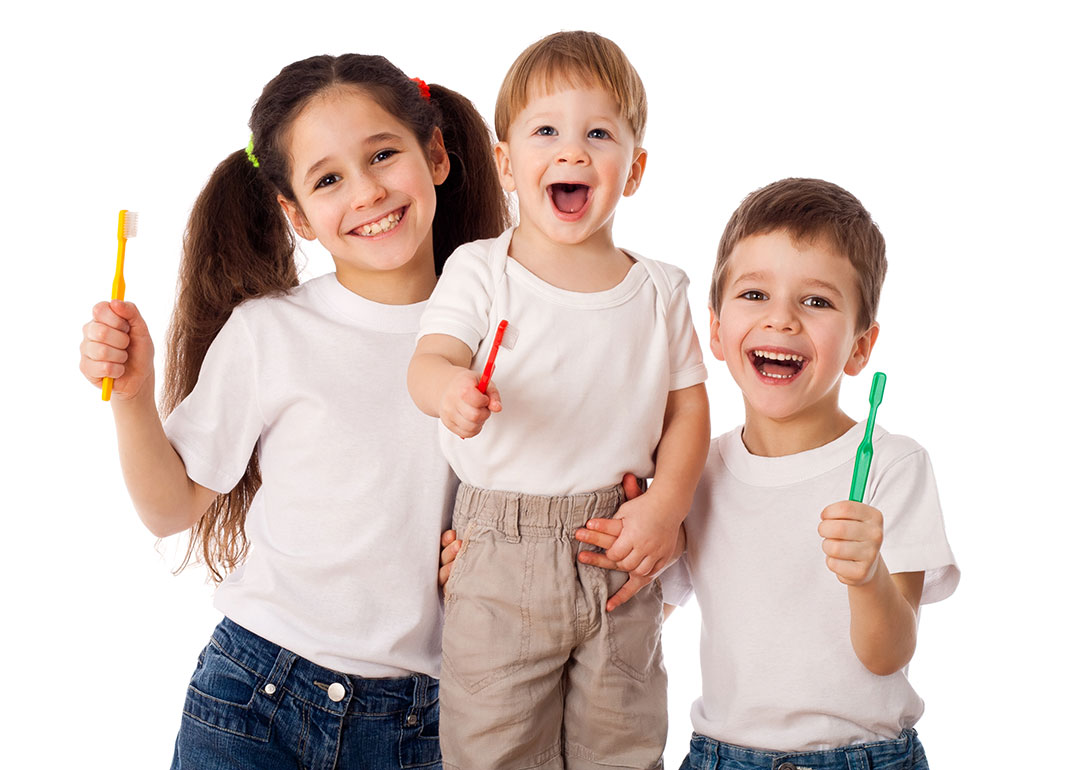 These are some of the theobromine uses and they can be really helpful to know while maintaing a normal lifestyle.