Don't underestimate the power of a diatomaceous earth parasite protocol cleanse — take back control from the "uninvited guests" who may be couch surfing in the house of YOU!

If this is coming into your consciousness now, it may be time to regain sovereignty over your bodily temple, perhaps it is time to try Food Grade Diatomaceous Earth.  In the end, freedom from parasites results in a whole new you. 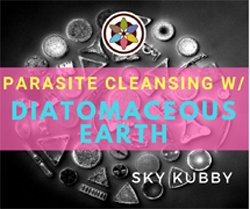 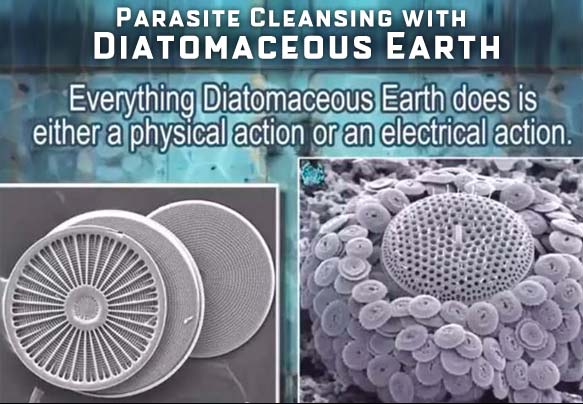 You may say this, but the reality is about 85% of Americans have parasites.((https://healthwyze.org/reports/243-eliminating-the-parasites-that-you-almost-certainly-have-and-curing-lupus))  It's also hard to test for many parasites. So a parasite cleanse every six months, or at least every year is recommended.

There are over 1000 different parasites that can infect humans. You may get infected from touching animals, public areas, dirt, water or food.

Some of the parasites which could be living inside of you are:

Some, like Hook Worms can enter through your feet and eggs can gestate for up to 10 years, while Pin Worms can even be inhaled.

Sure, you could pay over $750 for a parasite cleansing medication but there are many inexpensive ways to cleanse parasites naturally. One common natural treatment include strong herbs like black walnut (green hull), wormwood capsules and cloves (to kill the eggs).  Wormwood contains Artemisin, enhanced by polyunsaturated fats like cod liver oil.  Although effective, sometimes these herbs can be overly harsh and create too quick of die-off for some people.

Other treatments, that could be used in conjunction can be found at the end of this article.

Here, we’re talking about one simple way to regain sovereignty over your body, by adding this safe inexpensive substance to your regimen:

These fossilized remains of microscopic single-celled diatoms are millions of years old and were discovered by western civilization about a hundred years ago.

Helpful around the house and with pets, and to eliminate "ecto" pests like ants, cockroaches, mites, tics and fleas, we are looking at how Diatomaceous Earth (Food Grade) may help act as a gastrointestinal scraper to cleanse out the "endo" parasites inside the body.

Whether working on endo or ecto parasites, it works on drying out the pathogen. It coats, dehydrates and dries out the parasite, causing its death and elimination from your body. One bonus to consuming Diatomaceous Earth is that it 90% silica; so it may help with your hair and nail growth as well as for beautiful skin.

DE is anti viral, and bacterial and anti-fungal. These ancient tiny powdered organisms are sharp with jagged edges.  As this "fossil dust" passes all the way through the body, the substance literally slices up even microscopic parasites. Mildly abrasive, it can act as a "sweeper" and pull out mucous, and molds along your digestive tract. The negative charge of DE is also helpful in destroying parasites. 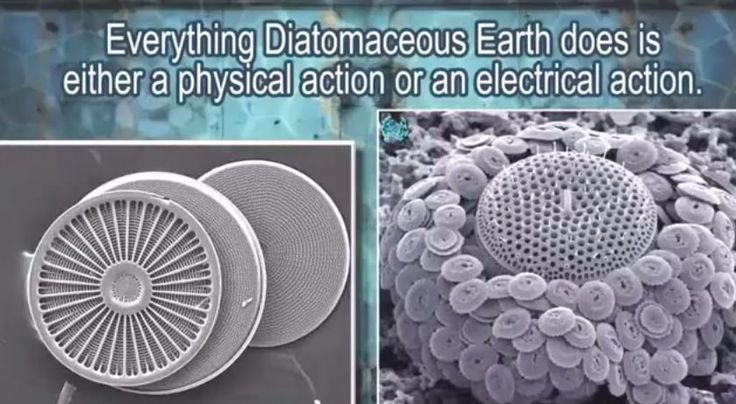 You can also sprinkle DE on carpets and vacuum up 24hrs later to remove unwanted pests.  Just be careful to wear a mask and not inhale as it can be damaging to your lungs. DE is mildly irritating to human flesh so be careful handling it as well.

Diatomaceous Earth is also effective at cleansing Allergies, GMO's, Chemicals and Heavy metals, targeting heavy metals such as mercury, cadmium and lead.((https://www.naturalnews.com/039326_diatomaceous_earth_detox_mercury.html))  For now though, we're just focused on cleansing the parasites.

Start slowly with 1 tsp, increasing to 3 tsp within 2 weeks.  Some protocols call for up to 2 TBS, while other's like this one from "Detox and Prosper"((https://detoxandprosper.com/diatomaceous-earth-parasite-die-off-symptoms/)) call for maxing out at 1 TBS: 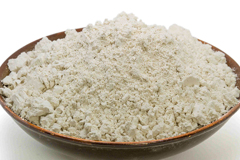 The Jarisch-Herxheimer "Die Off" Reaction

When the parasites begin to die, they don't go down without a fight; they release substances that can cause the body react. Australian and German dermatologists Adolf Jarisch and Karl Herxheimer were credited with the discovery of a reaction to endotoxin-like substances released at the death of harmful microorganisms.

The Jarisch-Herxheimer Reaction((https://en.wikipedia.org/wiki/Jarisch%E2%80%93Herxheimer_reaction)) can cause a number of symptoms Which may make you feel like things are getting worse, before getting better.  You may feel more sluggish and tired or get a headache.  That's why it's important to keep the bowels moving and drink plenty of water.

Because the harmful substances secreted by these dying parasites are secreted in you urine- be sure to drink plenty of water: 1/2 your body weight- in OUNCES!

Epsom salt baths may help, and perhaps mild laxitive like Senna leaf tea if you arent having regular bowel movements. After about a week, you should be moving past any die off reactions.

Use can also use a little carbon or activated charcoal mixed into your water when you take DE to help absorb the toxins that are released.

Hang in there through any die off symptoms and enjoy regaining sovereignty over your body!

You'll want to boost your healthy flora with probiotic supplements when you take DE, due to its potential to kill off some healthy bacteria as well. Other great forms of probiotics include cultured Yogurt, Sauerkraut products, and other beneficial fermented foods. 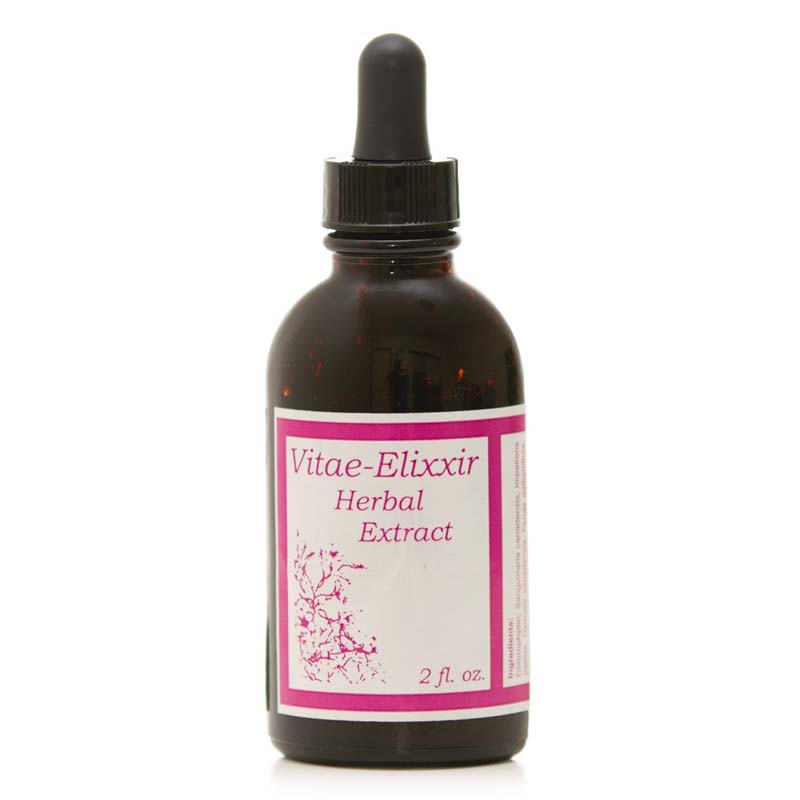 Vitae Elixxir is an herbal protocol to cleanse out unwanted guests and be used in conjunction with the DE treatment above.  It works at a deep level in the body and , due to its herbal composition and electrical charge, targets pathogens that are viral, bacterial fungal and parasitic in nature. It has been around since the early 80’s and has a track record of helping support relief from various types chronic illness.

Known as the “Purple Drops”, this laboratory formulated and concentrated extract contains potent herbs like Graviola and Bloodroot, yet works gently and thoroughly on the system and is extremely safe and effective.  Vitae Elixxir doesn’t require a change in diet to get results and there aren’t any contraindications with drugs.

This amazing write-up was written in 1991 by the creator of Vitae Elixxir who had Cancer of the bone, stomach, lymph, nose and eyes as well as Asthma, Arthritis and Bronchitis. Independently wealthy, he worked with a Navajo Indian medicine man and other herbalists to perfect this formula. He translated ancient texts from the Greeks, Israelites, Arabs, Egyptians, Chinese, Hindus, the old Romans, Mayans, Africans Asians, primitive tribes and modern herbalists. 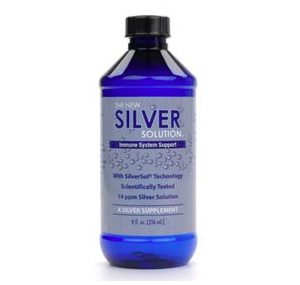 Fight Staph infection, this is the only silver we have found that wipes out the antibiotic-resistant MRSA. 14 ppm's (parts per million). See the clinical data below for at what ppm's a pathogen is killed.  Candida is top of the list at 10 ppm.  Most other pathogens you and your family are at risk of daily are around 3 ppm.

This concludes the ingredients for our Diatomaceous Earth Parasite Protocol, hope you enjoyed.