What is the best keto friendly protein powder? Well, the ketone diet is a version of the LCHF (Low Carb High Fat) diet, which is designed to lose weight and get rid of excess body fat and has many other positive effects on the body that we will see below.

The carbohydrates on the labels can be hidden under different names, but their negative effect on the ketogenic diet is the same. 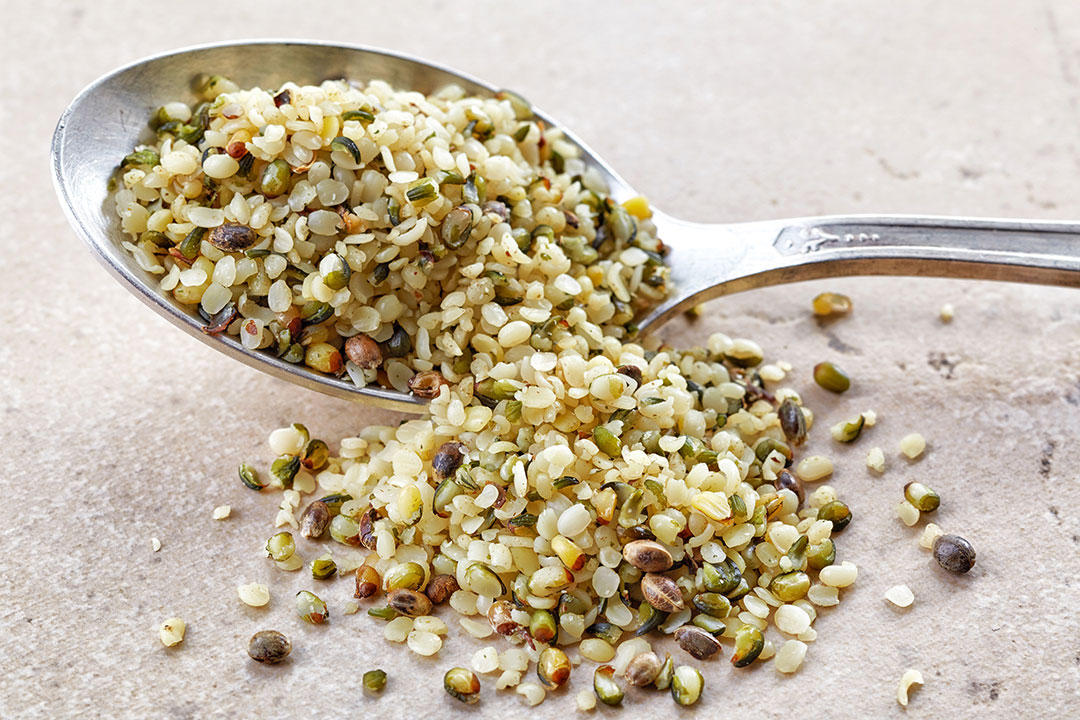 Simply put, a ketogenic diet works by minimizing carbohydrate intake and the consequent production of ketones, forcing the body to consume free fatty acids as the primary source of energy.

So, as we already know, under normal circumstances the body uses carbohydrates as its primary energy source. If we exclude carbohydrates from the diet, the body is forced to find an alternative source of energy.

However, it can use ketone bodies.

Ketone bodies are a byproduct of the incomplete breakdown of fatty acids in the liver. When they are produced rapidly, they accumulate in the blood and a condition called ketosis occurs. 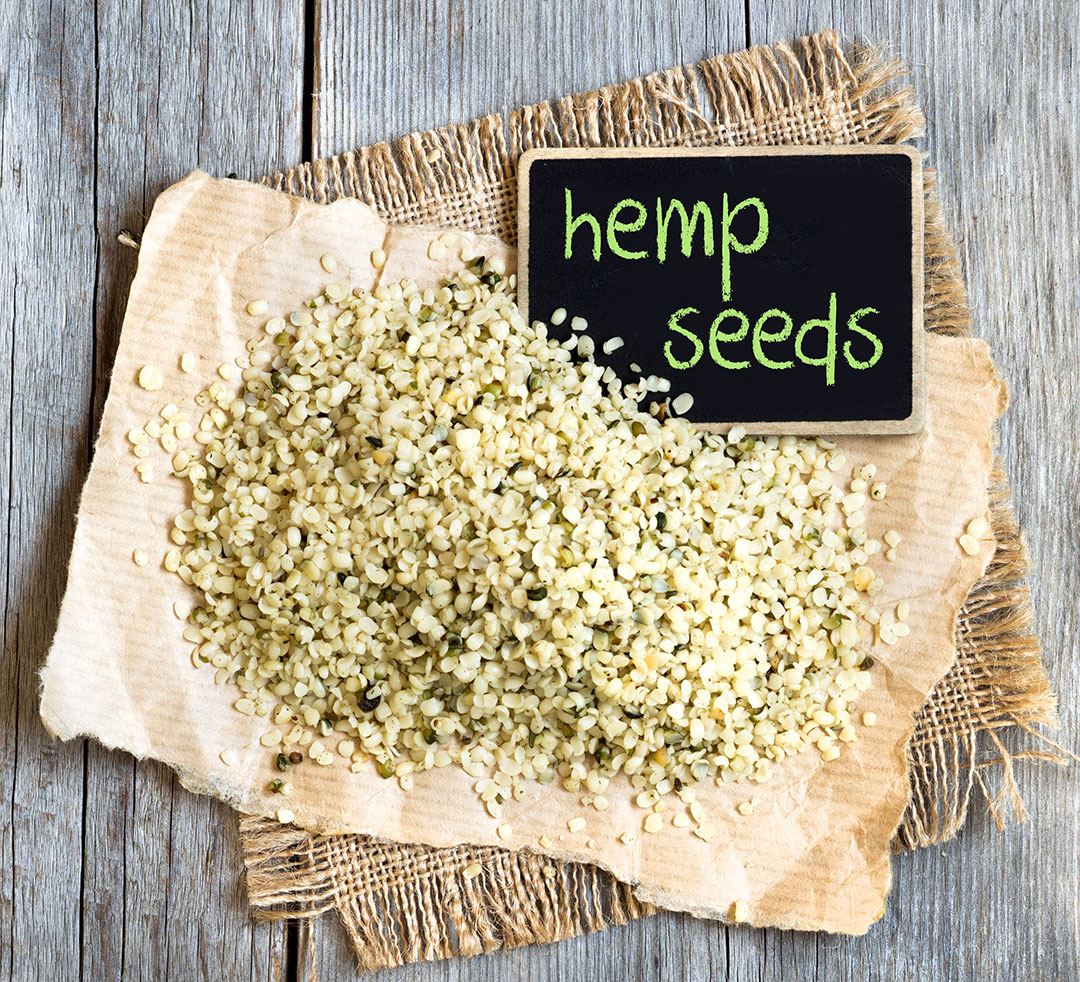 Since the body now has a source of energy again, there is no need for carbohydrates, so gluconeogenesis (production of glucose from amino acids) has been stopped.

Consequently, the protein remains spared from degradation (otherwise it would be used for energy purposes).

Given all the above, it becomes perfectly clear why an increasing number of bodybuilders are opting for a ketogenic diet: efficient consumption of excess fat while maintaining muscle mass!

A ketogenic diet makes the adjustments in metabolism by manipulating two hormones: insulin and glucagon.

First, you need to determine how many calories the body consumes at rest, so to maintain the status quo.

Next, we need to determine how many calories we will be ingesting. Of course to lose excess fat we need to reduce calorie intake.

Most are prone to excessive calorie deficiency, which causes a slowdown in metabolism and consequently a weak effect on the diet.

It should always be borne in mind that the caloric deficit is created not only by reduced intake but also by the consumption for which training is responsible.

When starting this diet, calorie intake should not be reduced by more than 10-20% of the originally determined calories at rest. It is reasonable to expect a loss of 0.75-1kg per week.

Anyone who loses weight faster should increase their calorie intake or reduce aerobic training as they are most likely losing muscle tissue!

Standard Ketogenic Diet (SKD) is based on low carbohydrate intake, and moderate to high protein and fat intake.

To achieve a state of ketosis, carbohydrate intake must be reduced below 100g / day, and most will need to reduce this figure to about 30g / day to achieve and maintain ketosis.

Carbohydrate intake of 30g / day and even less is recommended in the first few weeks of SKD until the body adapts and switches to an alternative source of fuel (free fatty acids).

When it comes to choosing carbohydrates, we should choose those with a low GI, because our goal is to keep insulin levels as low as possible. So, most of them will be in the form of green vegetables.

Fruits and various sources of starch should be completely eliminated from the diet. As for proteins, their increased intake can also interfere with ketosis.

Ideally, their intake will be high enough to prevent muscle loss, and low enough not to affect ketosis. During the initial phase of a couple of weeks, the intake should be at least 1.75g ​​/ kg or a minimum of 150g / day to prevent catabolism.

After this initial period, an intake of 2g / kg is recommended for someone who trains regularly.

Although a ketogenic diet can only consist of carbohydrates and protein, caloric intake would be so low that metabolism would be greatly slowed down.

The main problem with SKD is that such a diet cannot go hand in hand with intensive training due to extremely low carbohydrate intake. Why is it like that?

When carbohydrates are very low, glycogen recovery after training is practically non-existent and therefore intensive training over the next period will not be possible.

Therefore, it was necessary to make two types of modified SKD that include more carbohydrates in the regime, but without disrupting ketosis.

Targeted ketogenic diet (TKD) has the same basics as SKD, with the addition of carbohydrates at a specific time - around training. Total calories remain the same, which means that compared to SKD fat intake will be reduced.

The safest time when we can ingest carbohydrates without fear of disrupting ketosis is before training. Most will agree that consuming 25-50g of carbs about 30 minutes before a workout is best for them.

As for the type of carbohydrates, those with a higher GI are recommended, which are also easier to digest in order to avoid tension in the stomach during training.

Some individuals will feel the need to ingest an additional 25-50g of carbohydrates after a workout.

If they are ingested, it is very important that these sugars are glucose or glucose polymers, because other sugars, e.g. fructose first replenish the liver's glycogen reserves and thus stop the production of ketone bodies.

In Cyclic ketogenic diet (CKD), the already described SKD is practised for 5-6 days, followed by a carbohydrate filling phase that can last 1-2 days.

The filling phase aims to restore glycogen in the muscles. For such a diet to work, muscle glycogen must be completely depleted each week.

Unlike TKD, the state of ketosis is temporarily interrupted during high carbohydrate intake. 1-to 2 days of charging is a story unto itself. Simply, large amounts of carbohydrates should be consumed at that time.

After the glycogen reserves are completely depleted, glycogen can be returned to 100% of the normal concentration in the first 24 hours if sufficient amounts of carbohydrates are ingested. Supercompensation (150%) is achieved in 36 hours.

In the first 24 hours, the amount of carbohydrates that should be ingested is 8-10 g / kg of body weight without adipose tissue (LBM) and divide the amount obtained so that the same amount is ingested every 2 hours. In the next 24 hours, it is enough to ingest 5g / kg LBM.

There are currently no data available on the long-term effects of a ketogenic diet. Given this fact, it is not advisable to practice a ketogenic diet indefinitely, but only until we achieve the desired fat loss.

This should be followed by a diet that is less extreme and with balanced macronutrients.
There are also some conditions in which a ketogenic diet is contraindicated. 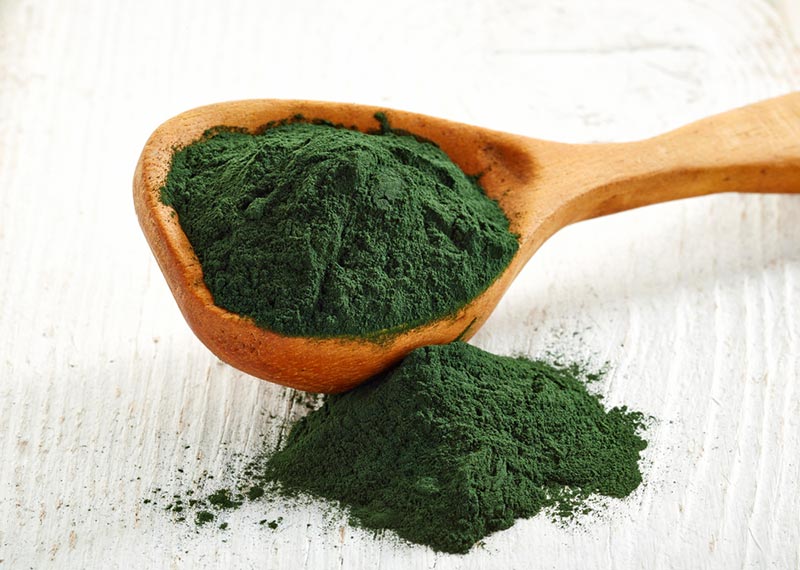 It has already been mentioned that the ketogenic diet is accompanied by some controversy. However, the question arises: if such a diet has been successfully used in the treatment of some diseases, why is it unhealthy and unacceptable for the purpose of losing excess fat?

Children with epilepsy were kept in deep ketosis for 3 years without sequelae.

People who have started this diet or nutritionists and trainers who recommend this type of diet or diet often hear phrases such as "is in the phase of keto-adaptation", "has entered ketosis", "switched to fat" and the like, which to laymen it raises additional ambiguities regarding this way of eating.

Ketosis is a condition that the body enters when carbohydrate intake is too low to be a sufficient source of energy for normal functioning, which is usually below 50 grams of carbohydrates per day, but in some people much lower.

When this happens, the body enters a metabolic state in which the liver produces molecules called ketone bodies in sufficient quantities to allow the brain, organs and muscles to function while using fat as fuel. 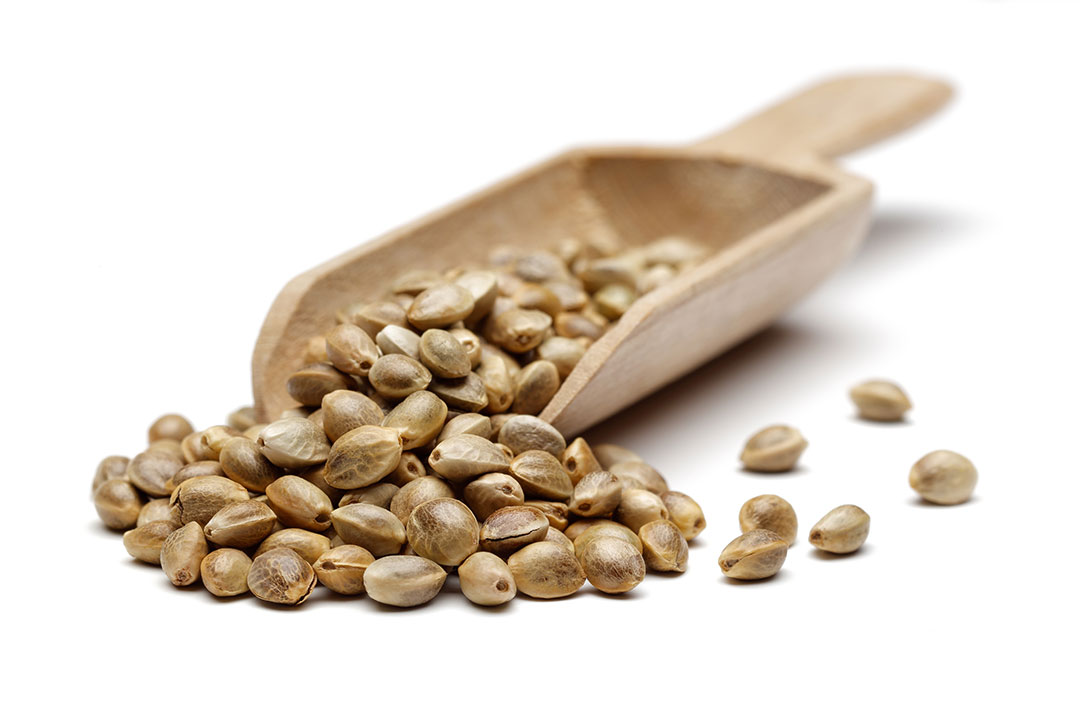 People who follow a real ketogenic diet consisting of about 75% fat, 20% protein and 5% carbohydrates have blood ketone levels of 0.5-5.0 mmol (in people on the usual Western diet, this level is 0.1-0, 2mmols), and the condition in which they are then called "ketosis".

Levels of ketosis change from day to day, and sometimes within a day, and in the early days' people record a feeling of fatigue, mild nausea and weakness that then passes.

However, after 7-10 days of entering the state of ketosis, people record a return of energy, focus, and concentration, which means that they have achieved "keto-adaptation".

Keto adaptation is a unique metabolic condition in which the body switches from carbohydrates to fats and ketones as the primary source of energy.This procedure involves increasing the ability of tissues to oxidize (melt) fat and use ketones. 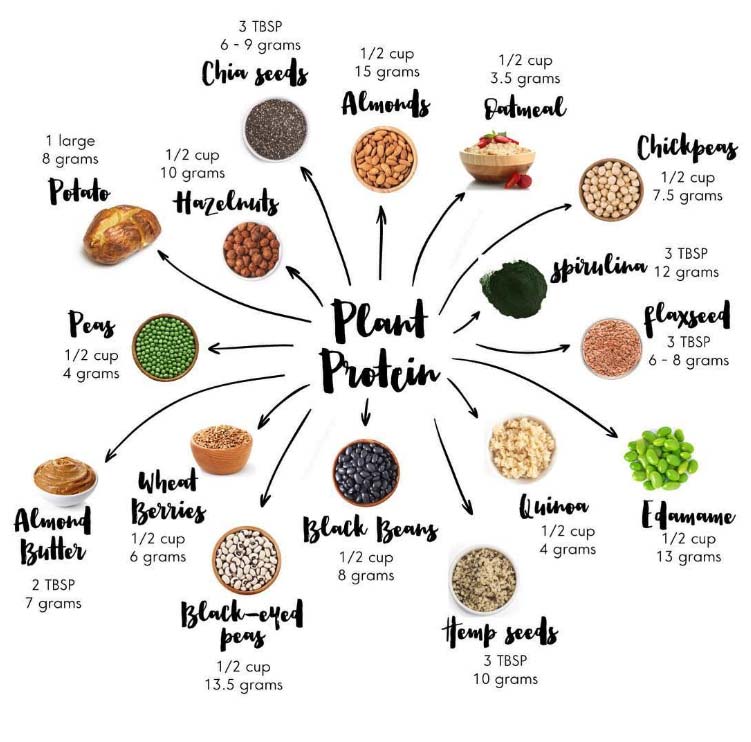 Therefore, the phrases “keto-adaptation” and “fat transfer” are synonyms that denote the use of fat as the primary source of energy.

The implementation of a ketogenic diet brings very good results, both in physical appearance and in sports performance because it encourages the loss of excess fat, with maximum preservation of muscle tissue.

But in order to achieve such results, a ketogenic diet requires complete accuracy without looking for shortcuts or occasional "trips" outside the rules of this diet and the planned menu.

The ketogenic diet aims to consume 20% -35% protein, or even less (per calorie), which ultimately amounts to 90 to 150 grams per day. Basically, how much protein should be taken on a keto diet?

Maintain a protein level of 1 to 1.5 grams per kilogram of your body weight to stay in ketosis. Now you know what is the best keto friendly protein powder. 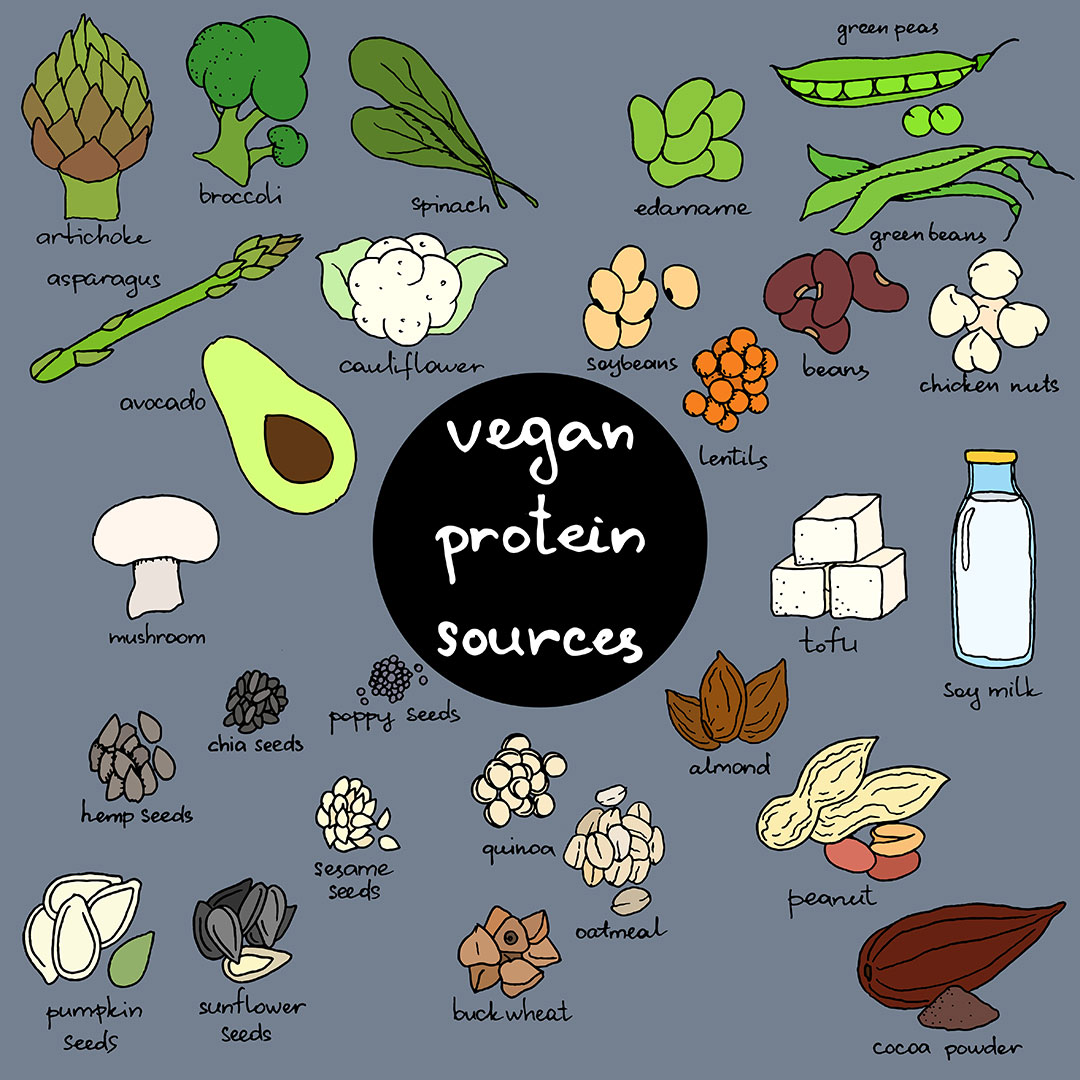