Hormone balancing foods may help regulate those messenger chemicals produced by the glands.

Each hormone produced by the human body has specific functions, whether to regulate growth, sex life, development and internal balance.

That is why they are so important for the biological activities of the body. We don't always have a good hormonal functioning and, therefore, it is necessary to be aware of the symptoms. 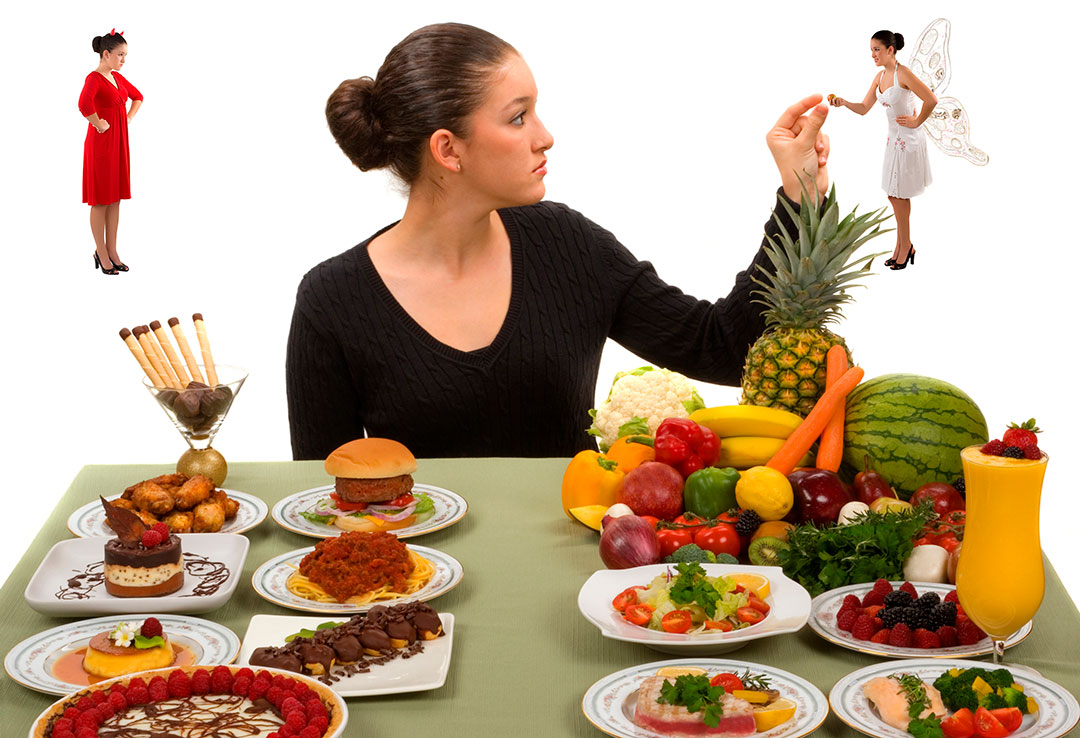 Fatigue, stress, mood swings, insomnia, difficulty controlling weight are some signs that something is out of balance.

Learn more about the main glands and the hormones they produce

The pituitary gland is located in the brain, it has regulatory functions in the adrenal glands, testes and ovaries. It controls the release of two hormones necessary for pregnant women, oxytocin, important for labor (which also moderates feelings of pleasure and affection in men and women) and prolactin, important for lactation.

It also produces growth hormone, known as GH. In children, its deficiency can cause dwarfism, which prevents growth during childhood and adolescence, or gigantism (exaggerated growth), when produced in excess.

In adults, its deficiency can be corrected by hormone replacement, bringing several benefits such as reducing body fat, increasing lean mass, among others.

The thyroid gland produces two hormones, triiodothyronine (T3) and thyroxine (T4). They control the speed with which the body's functions progress, that is, the metabolic rate (heartbeat, brain transmissions, body temperature, metabolism, energy consumption, influence the menstrual cycle - even if their control is done by the pituitary gland - among others) and has an influence on mood, memory, concentration, reasoning, etc. The most common thyroid-related dysfunction is hypothyroidism.

The ovaries produce estrogen and progesterone, responsible for regulating the menstrual cycle in women. Its imbalance can cause changes in mood, sleep, menstruation, weight and libido. 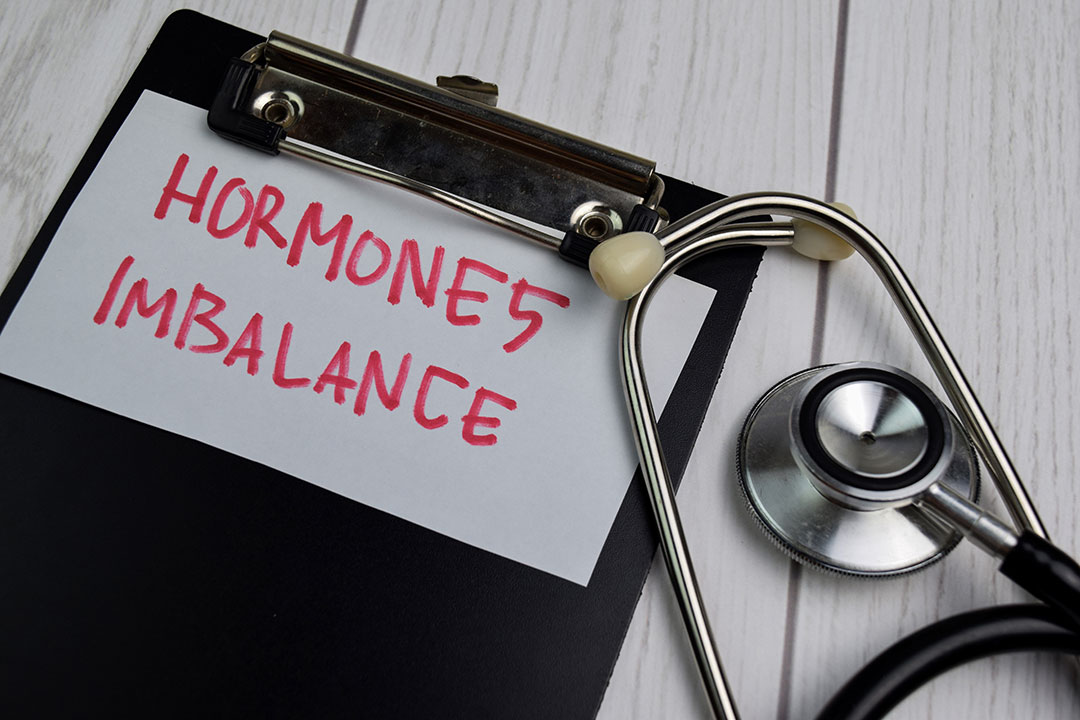 The adrenal gland produces cortisol, adrenaline and noradrenaline. Cortisol is also known as the stress hormone. The low production of this hormone leaves the body sensitive to pain and the person feeling more tired.

As it is responsible for keeping the body in a state of alert, a person with sleep-related problems tends to produce more cortisol, keeping them awake and without rest. Adrenaline (and noradrenaline) are well-known hormones that are also produced by this gland, which act on the nervous system, activating defense mechanisms in times of tension and stress.

The hormones leptin (produced by fat cells or adipocytes) and ghrelin (produced by the stomach) work together and play an important role in the function of satiety and body weight control. While ghrelin is linked to hunger, leptin is responsible for controlling food intake and increasing energy expenditure, as well as regulating neuroendocrine function and glucose and fat metabolism. When they are not in good working order, they can cause or contribute to obesity.

It is estimated that the endocrine glands still produce about 50 types of hormones – some are still being studied by experts.

Hormone replacement therapy, also known as HRT, is a treatment normally indicated in cases of natural decrease in the production of certain hormones due to aging, since by restoring the levels of hormones that are circulating in lower concentration in the body, relieve symptoms caused by the imbalance.

Before starting hormone replacement, it is essential that you undergo the tests indicated by the specialist so that the concentration of circulating hormones is known, as well as tests that evaluate your health in general.

Some medicinal plants and foods have properties capable of promoting the relief of symptoms caused by hormonal imbalance. Thus, it may be interesting to introduce the consumption of herbs, vegetables and green leaves that will help you keep the hormonal level balanced.

But don't forget that you should not replace the drug treatment recommended by the doctor until tests prove that there is no longer the need for replacement by this means.

Prevention is the best option, through a healthy diet with high nutritional levels combined with an exercise routine and a lifestyle that avoids stress.

If you have any hormonal imbalance, it is worth trying natural alternatives.

You must already know that what you put on your plate can make all the difference in your health, right? A balanced diet brings benefits to your body and can keep you away from many diseases. 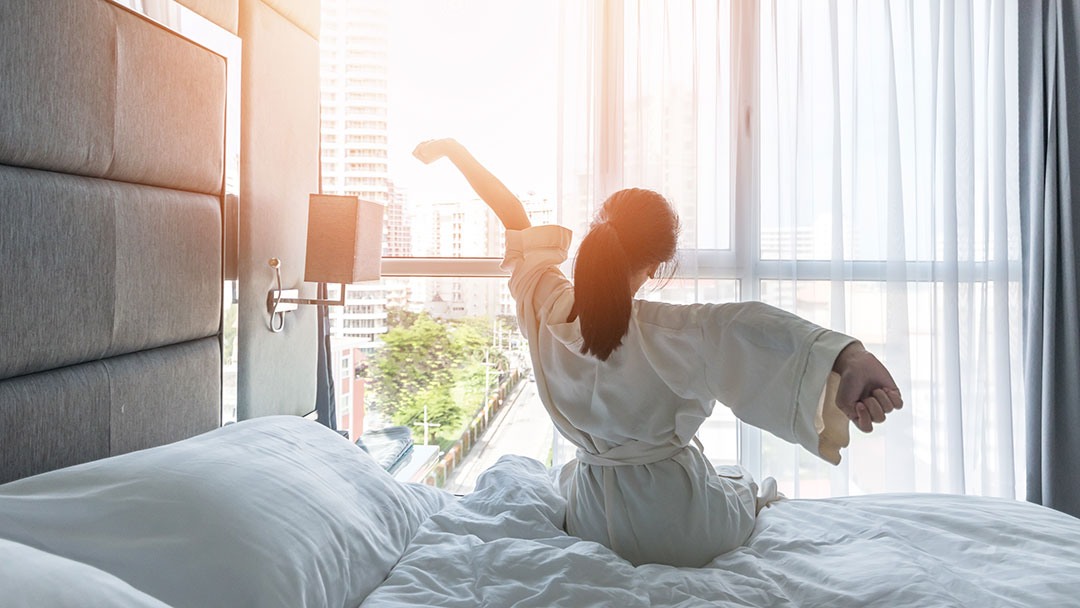 And it couldn’t be different in which relates to hormonal problems! What you eat can be both a villain and an ally when it comes to treating or alleviating problems caused by hormones.

There are several foods that have substances that will do small miracles for your health! If any of the items below is not part of your daily menu, find out about the ones available in your region. Remember that the fresher the better, so give preference to native foods native, and try to add them to your diet today.

Lean meats that are high in protein help the body feel fuller for longer. That's because these nutrients not only stimulate the production of hormones that control appetite, but also take longer to digest and thus slow down the arrival of glucose into the bloodstream.

The interesting thing here is to opt for protein sources that have a lower fat content, such as chicken breast, lean cuts of beef, fish and eggs.

Salmon is an excellent choice among these foods. In addition to being delicious, it is rich in omega-3, which has an antioxidant effect and blocks free radicals.

Greek yogurt is delicious for breakfast or as a snack. It helps speed up metabolism and is rich in B vitamins, which help regulate hormones.

It is good to remember that our body does depend upon a good dose of protein daily, but this substance can also come from products of plant origin. So, if you don't eat any animal products, don't worry. Still, there are many options for you to help your glands function well.

Broccoli and other crucifers contain glucoraphanin, a substance that plays a role in cancer prevention. This is because it controls levels of estrogen and other hormones, which, in excess, can be linked to tumors. Cauliflower, cabbage and other vegetables in the cruciferous family contain similar compounds.

Green leaves, the darker the green, the better, as spinach, kale, cabbage, and cilantro are some examples of antioxidant and excellent vegetables for hormone stability.

Almonds and other nuts, such as walnuts and chestnuts, help control appetite and, in addition, contain beta-sitosterol, which acts beneficially on the level of hormones.

Red fruits bring many health benefits. Strawberry, blackberry, blueberry, raspberry and other berries with this shade are rich in antioxidants, improve immunity and help to delay aging. 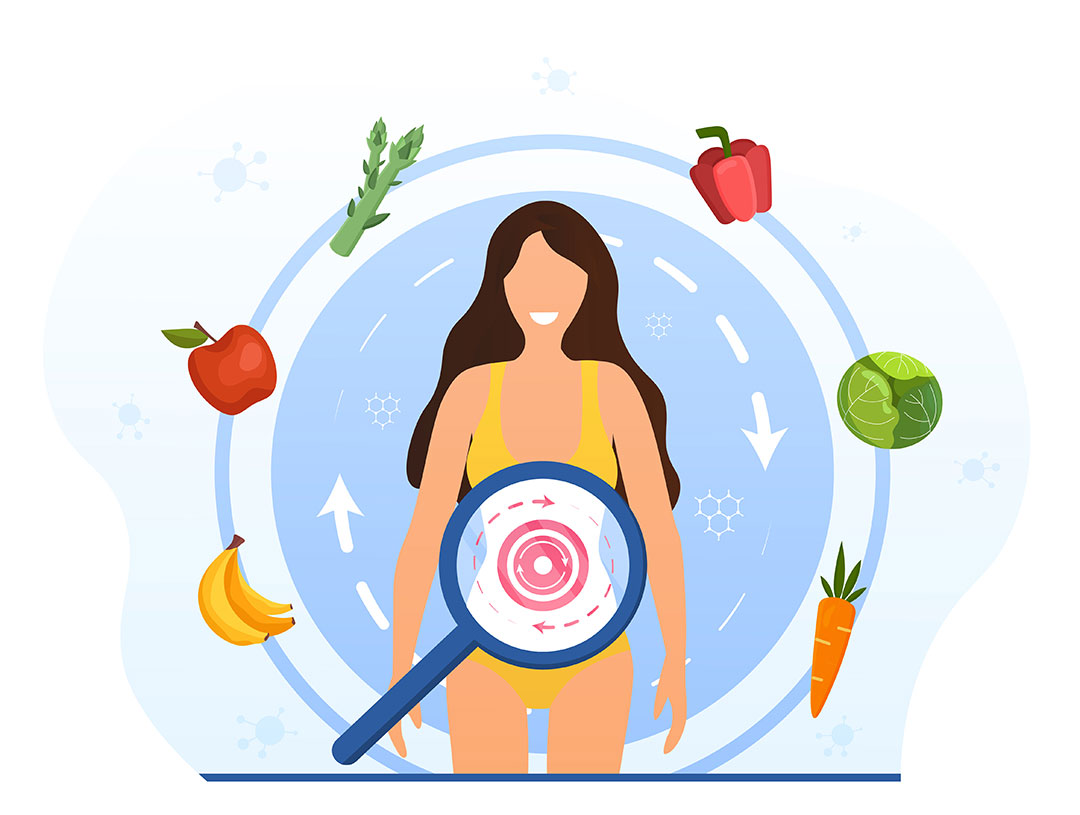 Sweet potato, in addition to helping with weight loss, increase satiety and provide energy in a balanced way. By having a slower absorption in the body, sweet potato releases glucose slowly, without stimulating insulin too much.

Chickpeas are rich in concentration of vitamins B6 and B9, which act in the production of neurotransmitter hormones related to well-being and good nights’ sleep, such as serotonin and dopamine. The effect is twofold, as the grain also contains tryptophan, an amino acid necessary for the metabolism of serotonin.

Brazil nut carries selenium, a mineral that acts in the proper functioning of the thyroid, the most important gland of the endocrine system, which manufactures T3 and T4 hormones and helps regulate the metabolism of the heart, brain, kidneys and liver. 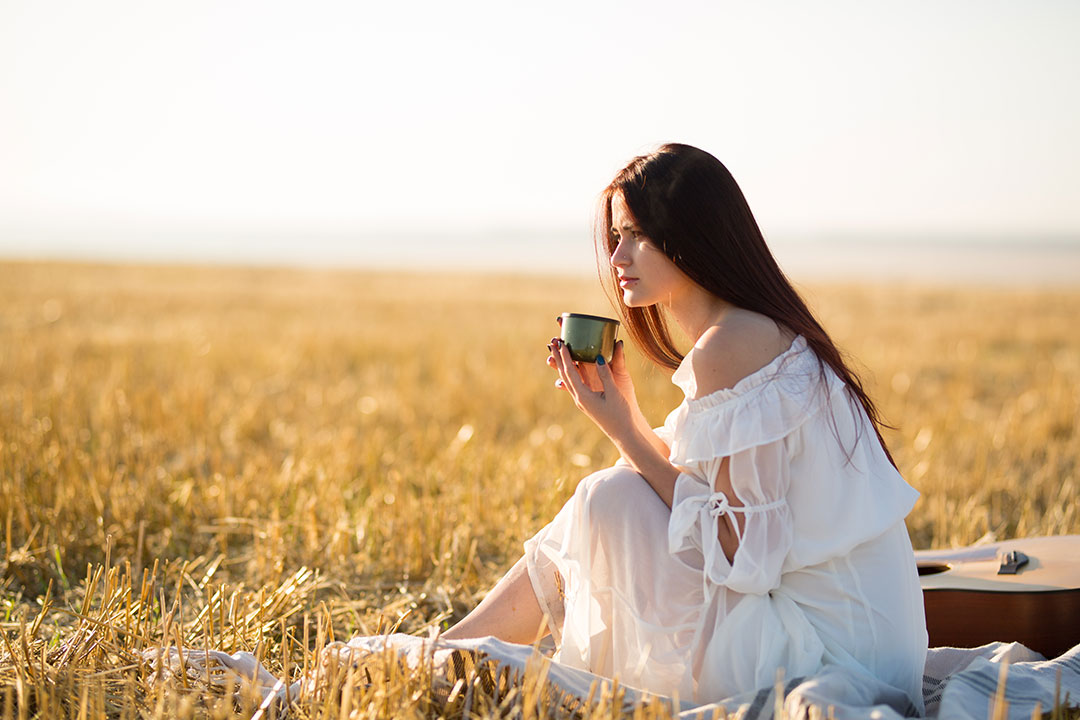 Whole grains, as well as vegetables and fruits, contain fiber, which serves as food for the bacteria of the intestinal microbiota. And what does this have to do with hormones? Everything!

First, an adequate microbiota contributes to the production of vitamins used by various glands in the body, in addition to participating in the secretion of hormones that regulate the sugar and hunger we feel. Recent studies also point out that the microbiota can interfere with the production of neurotransmitter hormones in the gut.

The organ, although it doesn’t look like, has millions of neurons and produces 90% of the serotonin used by the entire body.

Although the brain has its own factory of these hormones, it is believed that having a balanced microbiota can even contribute to improving mood and preventing diseases such as depression. 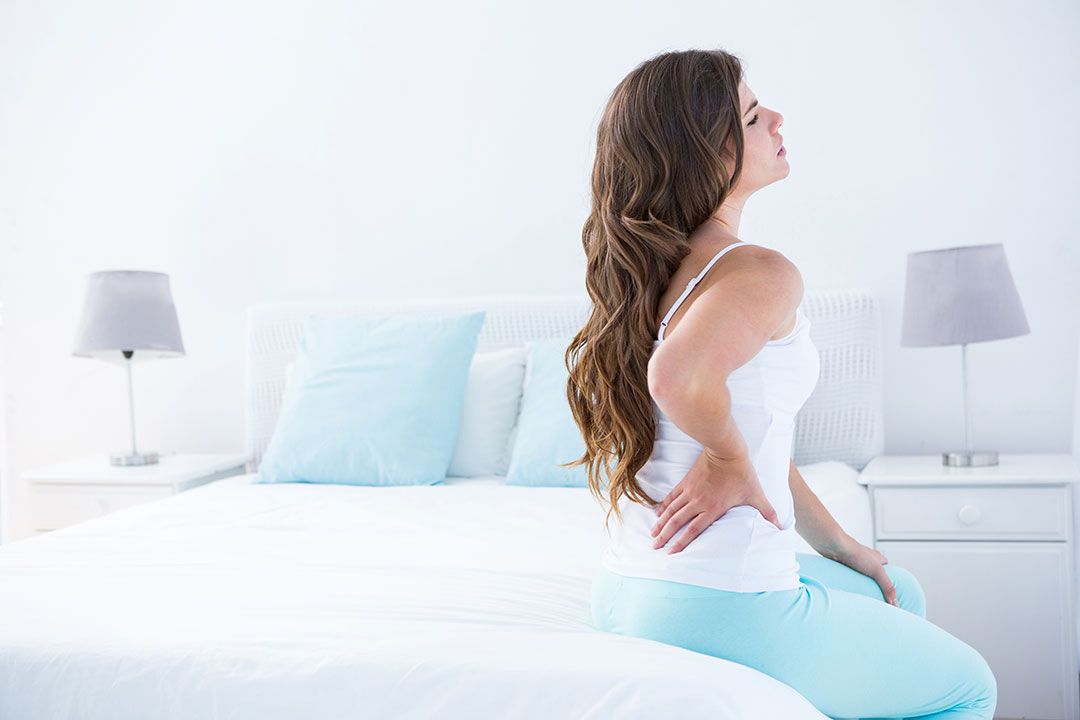 To simplify, it is necessary to eat good carbohydrates. Experts say that unprocessed or under processed grains, vegetables and fruits such as broccoli, carrots, bananas, beans, oats, kinoa, among others, are listed as "good carbohydrates and will benefit positively to hormonal balance if consumed in controlled amounts.

Besides good carbohydrates, probiotics and prebiotics are also important to be consumed. Unstable hormones can affect the gut barrier and microbiome and cause uncontrolled inflammation issues.

Also make sure you are consuming healthy Oils such as unprocessed coconut oil and olive oil, as well as healthy fat sources like sweet potatoes and avocados, to help regulate the steroid hormone estrogen, which plays an important role in women’s menstrual cycle.

No miracles. If you already have a disease that affects the production of hormones, it's no use just changing the menu. The ideal is to see a doctor, as treatment often involves medication and other interventions.

In fact, it's also no use eating everything on this list and staying sedentary, smoking, abusing alcoholic beverages, being under constant stress and so on. Because then, there will not be nutrient powerful enough to balance hormones.